By Steve Turner | Photography by the author 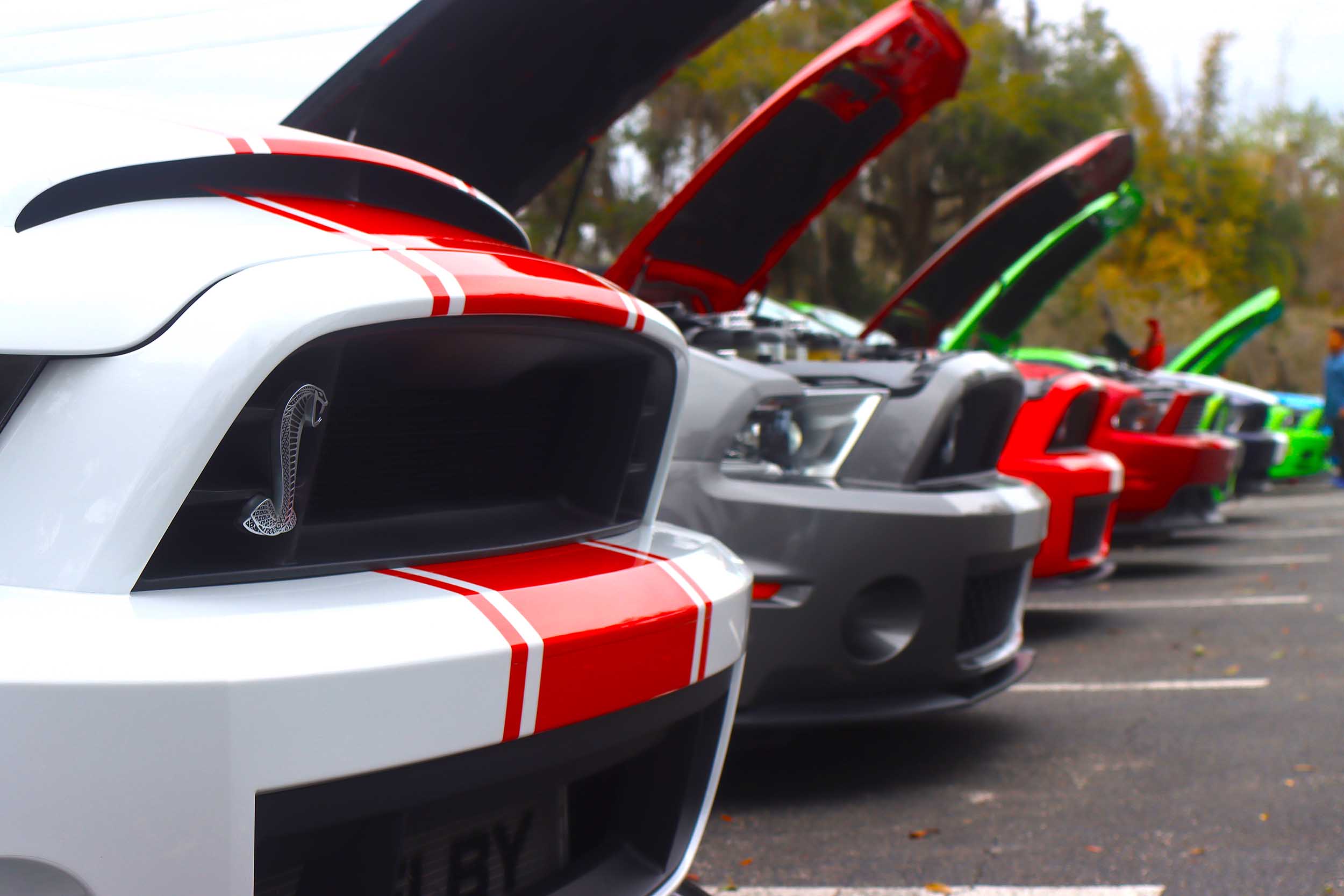 When the rest of the country was worried about shoveling snow, Ford fans in Florida polished up their machines in preparation for a car show that always holds a spot on our calendar. This year the Ford & Mustang Roundup celebrated its 35th anniversary in style, with a wide range of Blue Oval machines on display and a few new features adding to the fun.

Throughout its storied history, the show switched venues and dodged pandemic challenges while continuing to flourish. While the engine powering the event is the Mid-Florida Mustang Club, the show thrives thanks to support from a wide range of groups, from spectators and participants to volunteers and sponsors. Even the city of Longwood, Florida, and its first-responders provide strong backing for the event.

“This is a big change from when we used to have our show in a shopping center parking lot. Having this show in the Historic Downtown Longwood area adds a bit of community flair.  This year we added a Farmer’s Market to the mix and it turned out to be a big hit. Some of the vendors we have are business people who live and work in the community and they seem to enjoy the show,” club member Joe Rodriguez explained.” The participants respect the community and behave themselves before, during, and after the show. I guess that is why we have always been welcomed back.”

Having the vendors present added a more festive flair to the event, which was held this year on February 5 in Reiter Park in Longwood, Florida. Another fun addition to the 35th-annual event was a parade of Mustangs from each generation — including the Mustang II and Mustang Mach-E.

“Throughout the day we kept getting people coming up to us saying that they enjoyed the show,” Rodriguez said. “Introducing the Mustang Through the Years parade was a real hit and everyone seemed to enjoy it.  The parade, the addition of the Farmers Market, the 501st Legion of Star War Characters, and a Seminole County Sheriff Helicopter landing within the display of First-Responder Vehicles separates us from the average car show.”

“We are already in the planning stages for 2023,” Rodriguez added. “I pray that this pandemic is ancient history by then so we can look to new things. Our Roundup date is already slated for February 4, 2023, so make sure you put it in your calendar, you don't want to miss it.”

Until then, check out a few of the rides we spotted on a cool, overcast day at this year’s event, and a full gallery of vehicles from the show below.