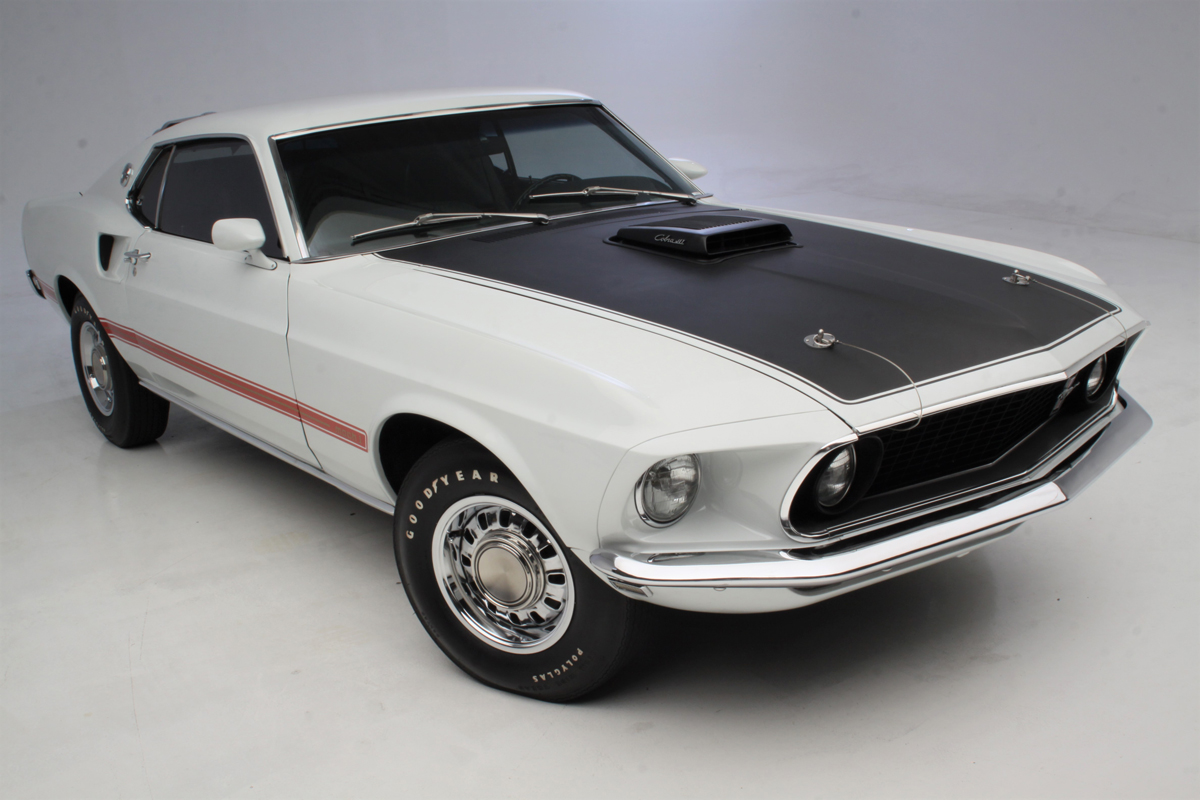 The swooping lines of the fastback Mustang Sports-Roof has endeared the pony car with enthusiasts for ages and adding a 428 Cobra-Jet engine to the mix only makes this Mustang much more desireable. With that heightened desirability, you can expect to pay a premium for the priviledge of driving around in one of these. Thankfully, Dream Giveaways is giving you the oppoortunity to enjoy your very own 428-powered Mach 1 for a VERY reasonable deal.

Dream Giveaways has aligned with numerous charities to help those in need while helping others realize their dream of owning a special automobile such as this Mach 1. Not your ordinary Mach 1, this one has not only the stump-pulling 428 Super-Cobra-Jet engine, but also the quarter-mile savvy Drag Pack, which was required when ordering said 428 Super Cobra-Jet engine. The Drag Pack featured stronger connecting rods, crankshaft, and an external oil cooler as part of the deal. Customers could only choose from 3.91 or 4.30:1 ratio gears around that Traction Lok differential but they could get either a top-loader 4-speed or automatic transmission.

This car has its own Marti Report, which indicates it being built on January 22, 1969 at Ford's Metuchen assembly plant in New Jersey. It came factory with that "R"- code 428 engine which designated a factory air-ram intake poking through the hood. Non-ram-air engines were "Q"- code builds. Other than the area where the ram-air pokes through, which has a factory black-out treatment, the rest of the car is painted Pastel Gray.

Inside, there are factory black-Knit vinyl high-back bucket seats and a factory-installed tachometer. One thing you won't find in this car is air-conditioning, as it was not available with the Drag-Pack. And those who put said Drag-Pack to good use likely didn't need it.

As an added bonus, Dream Giveaways will give you $10,000 to go toward the taxes on the car! What's more, as a Mustang Driver reader, we've worked with the folks at Dream Giveaways to get you DOUBLE the tickets with each purchase over $25! Simply click the link and type in coupon code "MSTDRIVER" and you'll get the additional tickets added right to your order.

Of course, if you are chosen as the lucky winner of this super-nice, sports-roof Mustang Mach 1, we'd love to hear from you and get a picture of you and your new Super-Cobra-Jet Mustang. Good luck!

No items found.
Text Link
Image Gallery
more cool stuff
FORD'S MUSTANG II: (Part I) It was the right car at the right time. So, why do so many hate it?
EXTENDED RANGE Hypermiling A Mach-E From Goodwood To Scotland Is Impressive
SHELBY SUPPORT! Shelby Foundation benefits frontline medical workers in virus fight
THEM’S PIPES! Corsa's Reflective Sound Cancellation (RSC) for the 2015-16 Mustang GT