STREET BOSS No trailer queen in this man’s garage

No trailer queen in this man’s garage 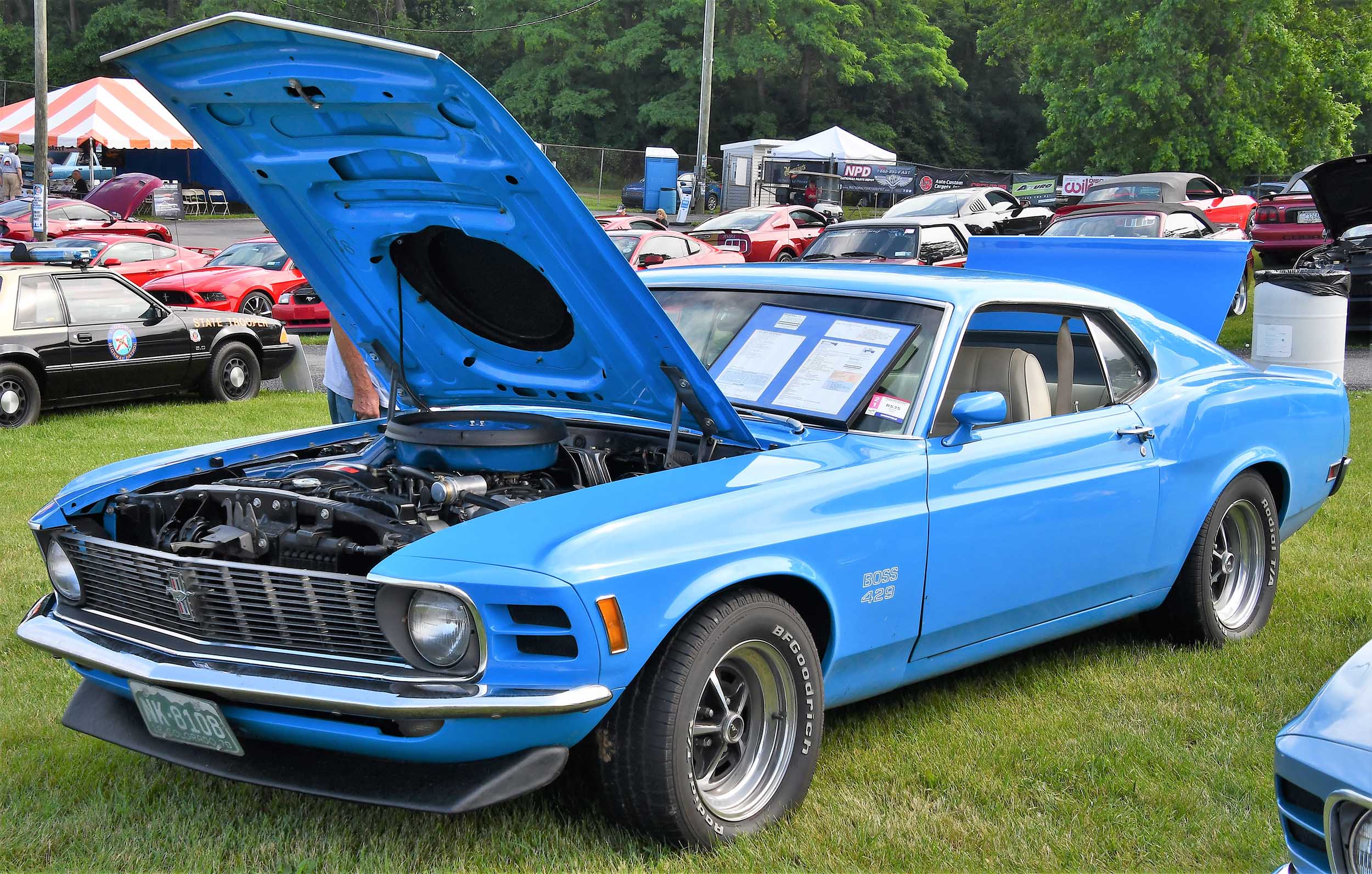 The recent Carlisle Ford Nationals had over 3,200 vehicles and each one had a story to tell.

This is the story of one unique car that caught our eye. It was a 1970 Grabber Blue Boss 429 driven halfway across the country by its owner Jim Goss. Jim bought his Boss 429 to enjoy and drive – and drive he does. His trip to Carlisle, Pennsylvania covered 1,650 miles each way from Colorado Springs, Colorado. When you’re driving a Boss 429 with four-speed and the Factory Drag Pack, it means you’ve got a set of 3.91 gears spinning in that rear axle. But Jim was able to average 14 mpg on his trip to Carlisle.

The original first-generation Mustangs were not known for great interior dash lighting in low-light situations. To help Jim’s eyes see a little better on night drives in his Boss, he added a set of white-faces in the original font to his gauges. It looks like it should have come that way from the factory as it matches the white interior beautifully.

Since Jim planned on driving and enjoying his car, he also wanted to see what it could do on a quarter-mile track. He took the Boss to a drag strip in his home area with a track elevation of nearly one-mile, not the best conditions to record a low elapsed time. Jim admits he’s not a professional, speed-shifting drag racer and did three runs down the track without breaking anything. His best time was a 14.91 at 97+ mph. Considering the density altitude of the track, and with a more experienced driver, those times would put you right at 14.0 at over 102 mph. Not back for a fifty-year-old stock Boss 429.

It’s rare indeed to see vehicles like a 1970 Boss 429 on the road today. Most are transported in enclosed trailers to major events. Not Jim Goss’ Boss 429, he drives it with a big grin on his face. So, if you’re traveling down the highway and see a Grabber Blue Boss 429, honk your horn and give Jim a big thumbs up as you pass!