40th Anniversary for the SSP Mustang at Carlisle 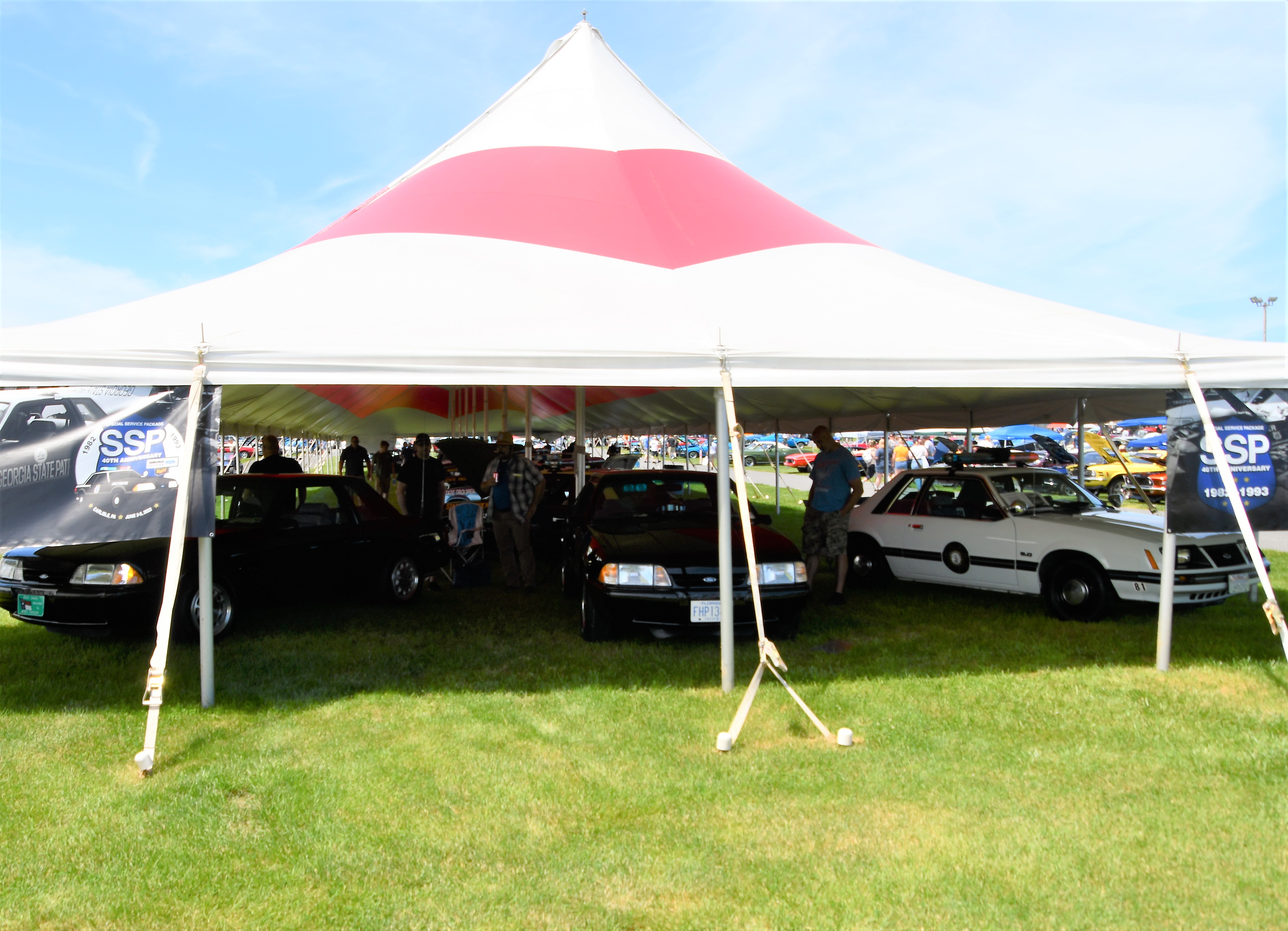 This year marked the 40th Anniversary for the Special Service Package (SSP) Mustang at the Carlisle Ford Nationals. Over a dozen SSP’s utilized by mostly state highway patrols were in attendance in the colors of their original states complete with flashing lights and sirens.

In 1982 California became the first state to put the Fox-Bodied Mustang into service with an order of 400 Special Service Packaged Mustangs.  Despite rumors of a higher performance 5.0 engine, the SSP’s came with the standard five-liter engine found in civilian Mustangs. However they did come equipped with a variety of modifications for their heavy duty police work to include things like:

An estimated 15,000 of these special units were made from 1982 until their discontinuationin 1993 for over 60 law enforcement organizations and government agencies.

Thirty-five different states Highway Patrol used the Special Service Package Mustang along with eight different Federal Agencies to include six by the U.S. Post Office and 19 for the U.S. Air Force.

Their roles ranged from general patrol to pursuit units, with some used in specialduties like drug interdiction and academy training units.

The 19 SSP Mustangs used by the U.S. Air Force were specially tasked to help land the Lockheed U-2 Spyplane.  A qualifiedpilot accelerated to high speed onto the runways chasing the aircraft andrelaying information to the U-2 pilot through a ground-to-air radio like speedand altitude as he talked him down to a smooth landing.