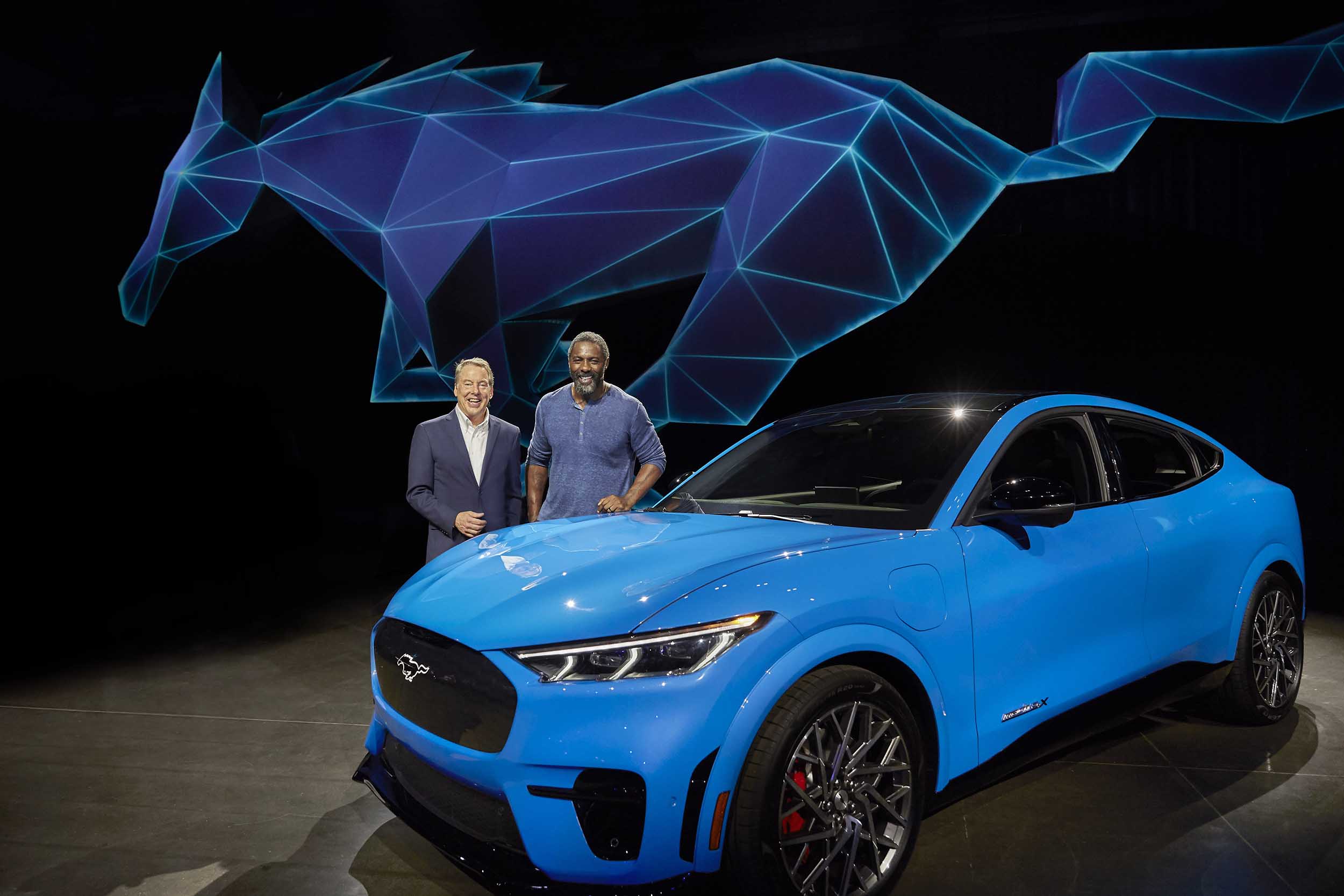 In recent years, the company began offering First Edition models for early adopters to a platform. Not only do they receive unique features, but these owners also receive special gifts. Owners of the 2021 Mustang Mach-E First Edition joined that elite group, and its owners receive a unique gift tied to the car’s livestream reveal. A giant, fractal version of the Mustang Pony served as a backdrop for Bill Ford Jr. and actor Idris Elba to reveal the electric pony SUV to the world. Owners are now receiving small replicas of this modern horse.

“When Mustang Mach-E was globally revealed at the Los Angeles International Auto Show back in November 2019, the iconography of the Mustang Pony was replicated and reimagined into a larger-than-life structure that served as the focal point of the festivities,” Andrew Frick, Vice President, Sales, U.S. and Canada, wrote in a letter included in the replica Fractal Pony. “With that in mind, we’ve enclosed a very-limited-edition 3D fractal replica of that pony structure that stole the show at the reveal. Your figurine was additively manufactured (3D-printed) in-house at Ford’s Advanced Manufacturing Center in Redford, Michigan.”

It turns out that this author’s better half is one such early adopter, and a proud owner of a Grabber Blue 2021 Mustang Mach-E First Edition. As such, a blue version of the Fractal Pony arrived in the mail, which you can see here. The 3D-printed display is definitely a conversation starter, and a worthy companion to the newest pony in the stable.