Losing, and then finding, a long-lost friend 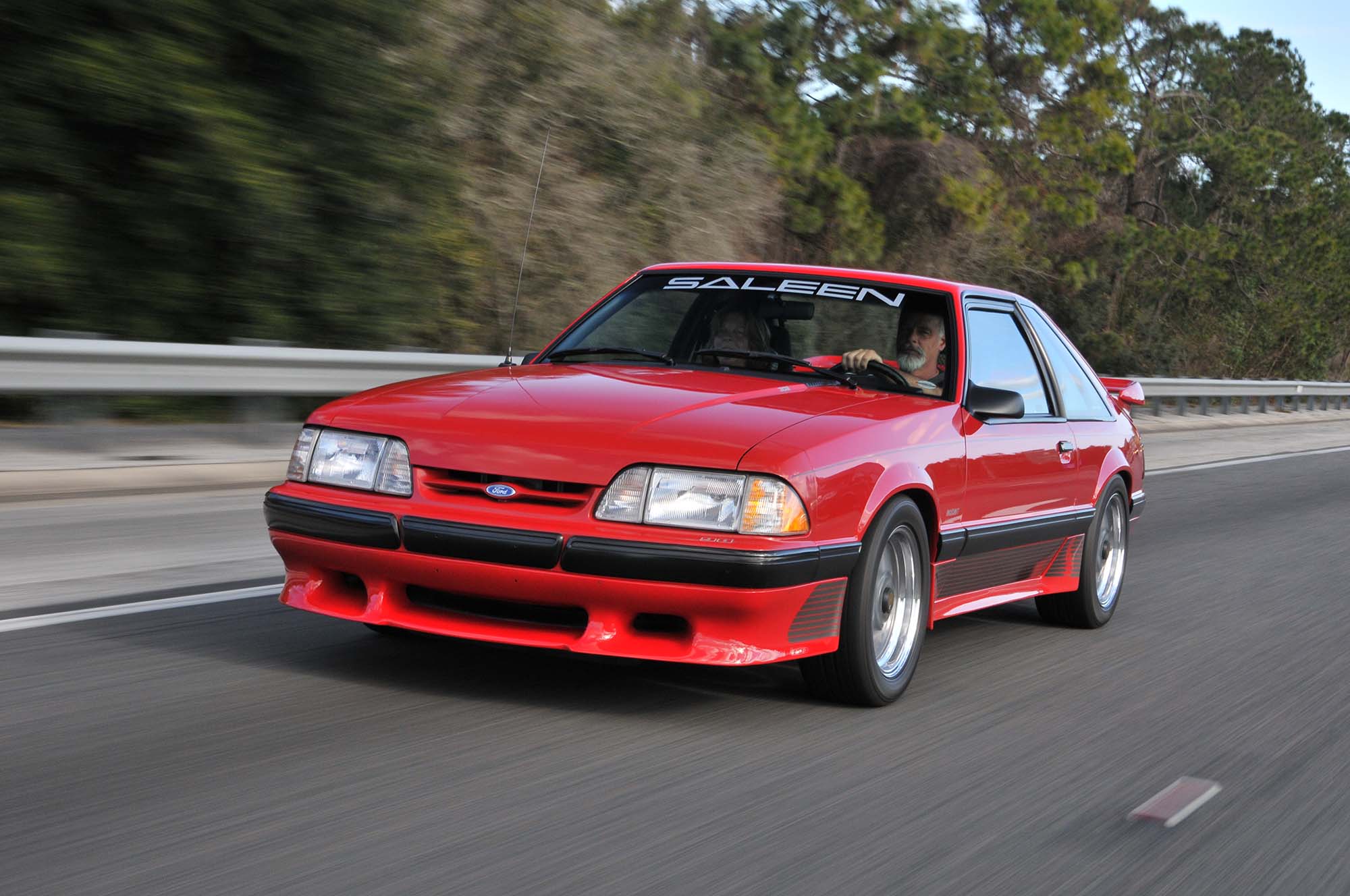 Anyone reading this magazine already knows that cars can develop personalities and become genuine members of the family. Rather than simply transportation, they become part of special events, are often the stars of family gatherings, and remain as treasured memories long after they’ve moved on to new owners. As proof, we bring you this tale about a lost Saleen, gone for more than eight years before being reunited with its family. Owner Tod Anderson, an ASE-certified mechanic and emergency vehicle technician from Edgewater, Florida, tells the story.

Having grown up in a household where we repaired vehicles for family and friends, it’s no wonder I decided to follow along in doing what my dad did—turning wrenches for a living. We always seemed to have something to repair or rebuild, including body work if necessary. We leaned heavily toward the Ford logo whether it was a car or truck. My Dad, my two brothers, and I started buying Mustangs as some of our first vehicles. We had 1967, 1968, and 1969 fastbacks and at least one coupe. But being from upstate New York where salt was used in the winter, it wasn’t long before these vehicles started rusting in various places.

Around the mid-1980s, my dad started buying newer Mustangs for himself. He bought a 1985, then a 1986 convertible, which he kept for a couple of years. Then he came home with a brand-new, Bright Red 1990 Mustang. Upon further inspection, I realized that this one was special, built by some guy named Steve Saleen. It was equipped with a 5.0L V-8, five-speed manual transmission, and external upgrades like the Saleen rear wing, front air dam, urethane side skirts, and rear valance. Inside, the car had a Saleen 170 mph speedometer, Saleen electric tachometer, and Flofit Sport seats. My dad didn’t drive the car that much due, limiting the Saleen to a summer/sunny day driver, so it sat idle in the garage all winter. I got to drive it a couple of times, but only on special outings for dinner with my parents. Dad would laugh when I had trouble shifting due to the small pedals and close-throw shifter. The Saleen was the coolest car I had ever driven and I always wanted it in case my dad ever decided to sell it.

Speed ahead to 1999 when my dad traded his special ride at a local Ford dealership for a new pickup truck. I contacted the dealer, but the Saleen was already sold to someone who worked there. “Oh well, it wasn’t meant to be,” I thought to myself. I figured someone else would get to have fun with this cool car and I hoped that they would take good care of it.

A few years later, my wife and I moved to Florida, and I hadn’t thought about “Dad’s Saleen” in a while. One day while talking to my nephew, Derrick (also a Mustang fan), he asked me about his Grandpa’s red Mustang. We talked about tracking it down but had no idea how to begin. Through Dad’s auto insurance company, Derrick was able to obtain the VIN. I had a police officer friend run the number hoping it was still in New York, but the Saleen hadn’t been registered for the past year or two, which meant it was either in storage or possibly no longer drivable, possibly even totaled. But we had a name, a post office box number, and a city to work with.

It had only 28,000 on the odometer and came with nearly all of the original documents that my Dad had passed along with the trade-in. The only thing missing was the original window sticker, which my dad had mounted in a frame. Apparently, someone decided to keep it or it simply got lost. Almost eight years have passed since that day in May of 2007. I have since replaced the tires with the correct size, detailed the exterior, and most recently replaced the engine gaskets, detailing under the hood in the process. As the car currently sits, it is mostly original, including paint. I’ve taken it to several car shows and it’s always cool hanging out with other Saleen owners. A highlight moment was meeting Steve Saleen, having him autograph the dash, and getting to show him my Saleen tattoo. (You had to be there.)

In my eyes, this will always be a special car in two ways. First, it was built by Steve Saleen. And second, it was originally owned by my Dad, Fred Anderson. That means a lot to me.