Text and photos by Keplinger Designs. 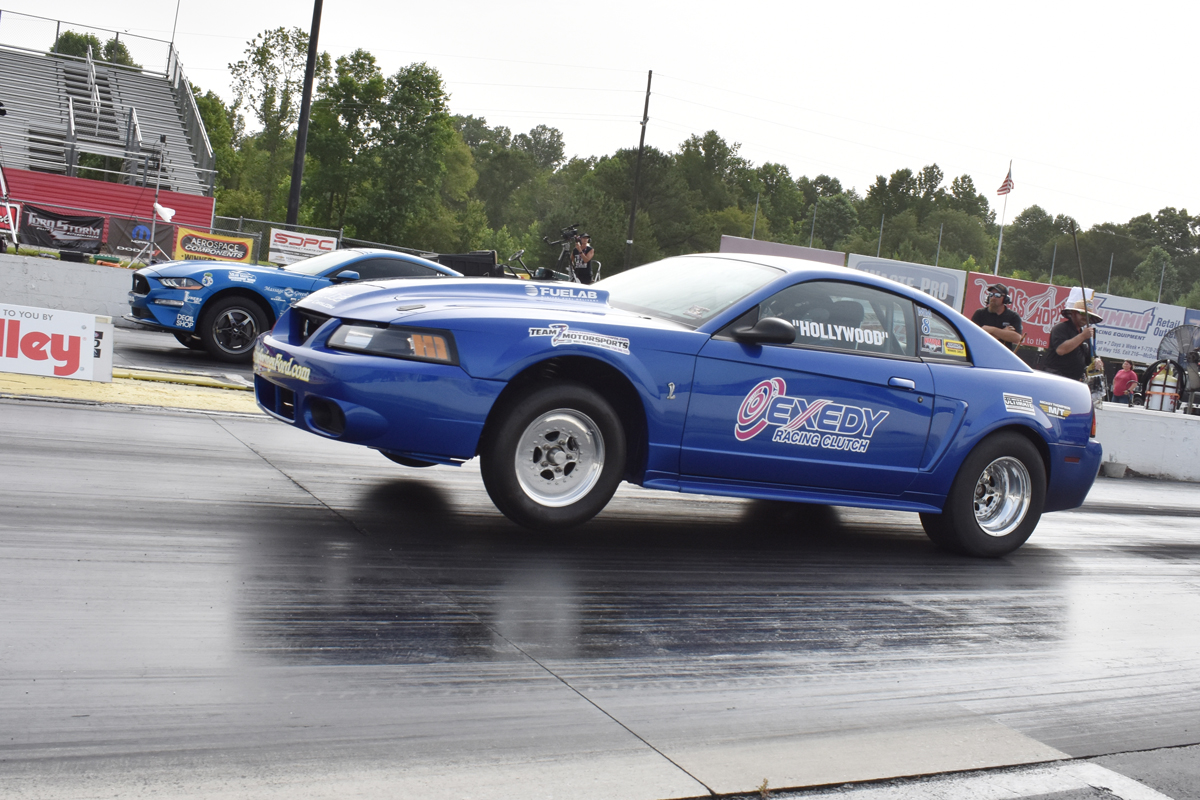 There’s a reason why the NMRA Atlanta event is usually held the first weekend of April, instead of the last weekend in June – It was a bit tepid! But the hot temperatures didn’t stop the racers, and the pent-up demand created by 4 months down time brought out most of the racers, sponsors, vendors and fans. Social distancing was practiced in the grandstands, hand washing took place, and there were some masks worn. Fist bumps and elbows took the place of handshakes and hugs most of the time, but when we saw Gary Youngblood, back in a race car for the first time in over 15 years, there might have been a hug. Look for Gary’s story in Mustang Driver soon.

The car show was packed full of award-worthy cars and trucks, the swap meet area had every part you could want at reasonable prices, and the Vendor Midway was packed every day with people checking out the latest go-fast parts.

UPR’s Bill Putnam and his Orange 1994 Mustang took a solo trip down the 1320 as Blow By Racing’s Jason Davis hurt his turbocharger earlier in the day in JDM Engineering Limited Street. Wheels Up John Leslie Jr qualified Number 1 with his 1989 Fox in Richmond Gear Factory Stock, and rocked his way through the field, defeating Mike Bowen for the win. G-Force Racing Transmissions Coyote Stock Frank Paultanis took his 2004 Mustang straight through the field with a win over Nathan Stymiest.

The index classes had lots of excitement, too! James Meredith drove his Coyote-equipped 1973 Capri to victory lane in Exedy Racing Clutch Modular Muscle class. David Mormann cruised his 1970 Mach 1 to the finish line in the FSC Ford Muscle class and Lloyd Mikeska got himself a win in Roush Performance Super Stang.