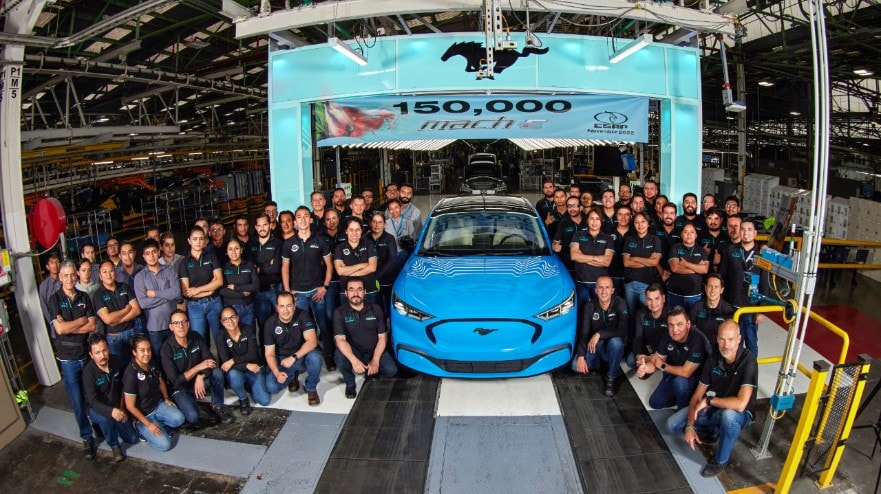 Though it was met with skepticism from Mustang loyalists, Ford’s first electric car, the Mustang Mach-E, proved popular right out of the gate. And its production numbers continue to grow to meet that demand across the world. In November of 2022, the company hit the milestone of producing its 150,000th Mustang Mach-E. “When we put the pony on this Mustang, we knew we’d have skeptics. What we didn’t quite know then was just how popular this car would become,” said Darren Palmer, vice president, Electric Vehicle Programs, Ford Model e. “I love seeing Mustang Mach-E vehicles on the road and talking to customers, and I am seeing more and more of them.”

Thanks to that volume, Ford moved up in the rankings to become the number two seller of electric vehicles. Of those buyers, eight in 10 in the United States made the move from a gas-powered vehicle, and in Europe that ratio was even higher with nine in 10 making the move from internal combustion. With that in mind, Ford looks to scale its EV production to 600,000 units per year by late 2023.Eventually, the Blue Oval plans to exceed 2 million EVs annually by 2026.

That increase in production allows Ford to offer the Mach-E in more markets across the globe, expanding from 22 to 37 countries in 2023. That includes the addition of New Zealand, Brazil, and Argentina, which is supported by a revamped Cuautitlán Stamping and Assembly Plant, which built the 150,000th vehicle.