Build Your Own 1:8 Scale Eleanor Mustang 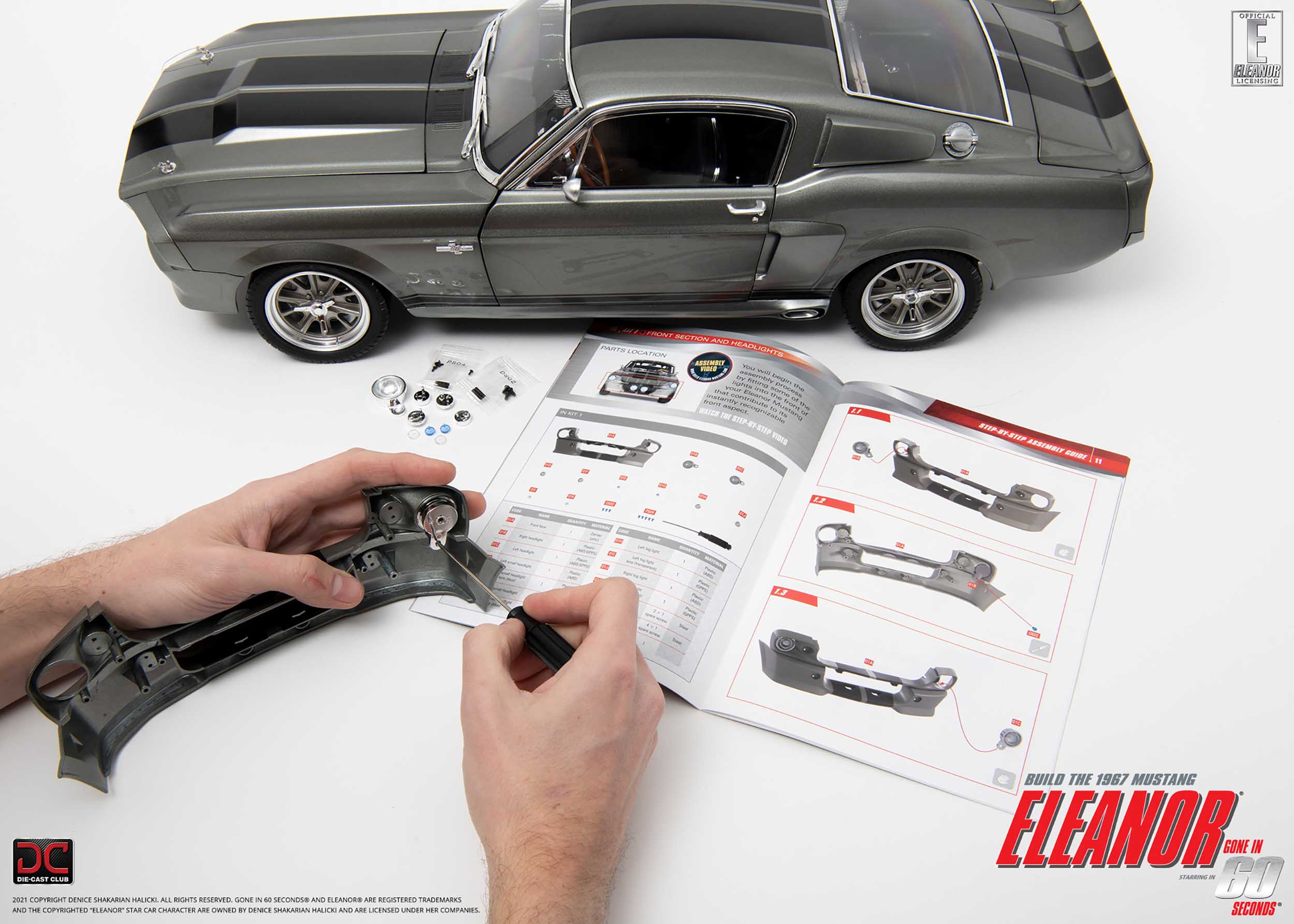 It is the movie that launched thousands of restomods.

Theoretically, the re-imagined Gone in 60 Seconds, which hit theaters 21 years ago, starred Nicolas Cage. However, for Mustang fans, the real star of the film is Eleanor. This radical restomod starred as a Shelby that had eluded Gage’s character, Randall "Memphis" Raines. It was his unicorn, and many have replicated its style in the ensuing years.

If the dream of building your own Eleanor eluded you thus far, you can build a smaller version in steps, courtesy of Eaglemoss Collections’ Die-Cast Club. The company is offering an Eleanor subscription that facilitates the construction of a 1:8 model of the car from the movie.

The 22.9-inch-long conversation starter features movie-accurate working lights, sound effects, and moving parts. To build one, subscribers will receive the aforementioned shipments of parts and pieces.

Each installment includes a 32-page magazine with step-by-step assembly instructions, profiles on cars in the movie, Mustang history and more details about Eleanor’s creation.

“I believe Eaglemoss Die-Cast Club’s meticulous attention to detail to Eleanor’s ‘one-of-a-kind’ characteristics will be a thrill for fans of Eleanor and fun for everyone who enjoys and love cars… At a time when joy is a wonderful thing to have,” Denice Halicki, widow of H.B. “Toby” Halicki, director and star of the original 1974 film, said.

When you subscribe, the first shipment includes a poster showing Eleanor against a backdrop of the Los Angeles skyline at night, and a binder in which to store your first batch of model magazines; two more binders are optional. The special items continue with the third and fifth subscriptions as well. The former includes replica “LYN 274” Californian license plate, while the latter includes a heated travel mug. For more details on the subscription and to sign up, visit the official site HERE.