Ford Performance offers a guide detailing the evolution of the Coyote 5.0-liter engine.
By Steve Turner

Casual enthusiasts might throw the Coyote terminology around as if there is only one such engine. That couldn’t be farther from the truth. There are three generations of the modern Mustang GT engine, not to mention its cousins, the RoadRunner (Boss 302), Voodoo (Shelby GT350), and Predator (Shelby GT500).

Sticking with the three generations of the Mustang GT’s 5.0-liter engine, which was born way back in 2011, there have been plenty of changes that ratcheted the performance up from 420 to 435, then 460 horsepower. To help illustrate the myriad of differences between these engines, Ford Performance released its white paper titled Technical Reference: 2011-2019 5.0L Coyote Improvements.

“The 2015 model year marked the first major design changes for the 5.0L Coyote engine since its introduction in 2011. In 2018, the 5.0L Coyote engine was thoroughly reworked, featuring dual-fuel, high-pressure, direct injection combined with low-pressure port-fuel injection technology for increased power and efficiency,” says the guide. “To date, the 2018-2019 Coyote offers the most amount of differences when compared to 2011-2017 versions of the past. To help distinguish between the different generations of engines, the Gen 1, Gen 2, and Gen 3 designations are used…” 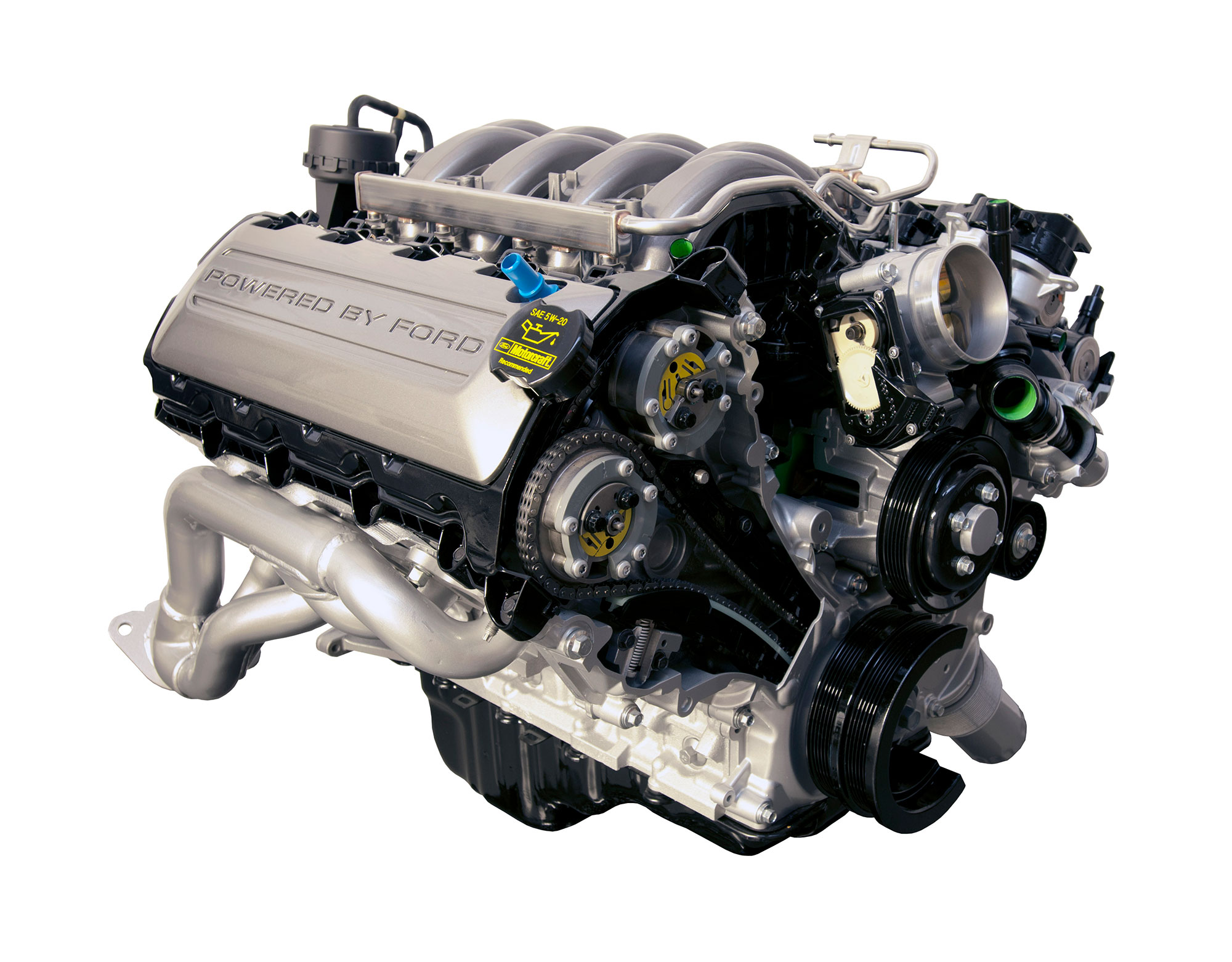 ABOVE: From its debut in 2011 through its current manifestation under the hood of the 2020 Mustang GT, the Coyote 5.0-liter engine evolved significantly, starting with the Gen 2 version in 2015.
advertisement

ABOVE: Ford Performance released a Technical Reference that outlines all the upgrades bestowed on the Gen 2 and Gen 3 Coyote engines.

Focusing primarily on the changes between the Gen 2 and Gen 3 engines, the guide expects that you have solid working knowledge of the Gen 1 engine. If you don’t, this guide isn’t all-encompassing. However, if you are looking to see the evolution of the engine after its initial design, all the updates are laid out and illustrated in the guide, and you can check it out here.