Vaughn Gittin Jr. avoids the lock-down blues by drifting his driveway with a 500-horse Fox Mustang.
By Steve Turner | Photography courtesy of Fun-Haver

With a global pandemic keeping most of us cooped up at home, leave it to the Professional Fun-Haver to cheer us — and himself — up with a little shelter-in-place shenanigans. With Formula Drift events sidelined, Vaughn Gittin Jr. was itching to kill some tires, so he pulled his 1990 Mustang GT, dubbed the Drift Missile, and slid it around his driveway.

Ford Performance 363-inch small-block crate engine breathing through an Edelbrock Performer RPM II intake and barking out through a set of long-tube headers and MagnaFlow mufflers. Backed by a TREMEC TKO five-speed manual transmission and a 2003 SVT Cobra independent rear suspension, this car puts down half a century of horsepower, thanks in part to an SCT Performance mass air meter and a chip in the factory PCM calibrated by RevolutionAutomotive. Having ridden with Vaughn several times, we are well aware of his level of car control, but the tight confines of his driveway really put those talents on display. He set up a course, complete with pool noodle clipping points, and made a successful run with his wife Abby and son Gunnar looking on from inside the house. Propelling his Fox GT is a

“I never thought my driveway could be so fun! Who knew all I had to do was add a 500-horsepower, Ford Performance-powered Fox-body Mustang and some Nitto tires begging to be used up?” Vaughn enthused. “It was super-tight and extremely sketchy and I almost ended up in my living room on one run when I went full hot rod, but I managed to save it! I hope this puts smiles on many faces!”
We definitely grinned while watching it, so mission accomplished. 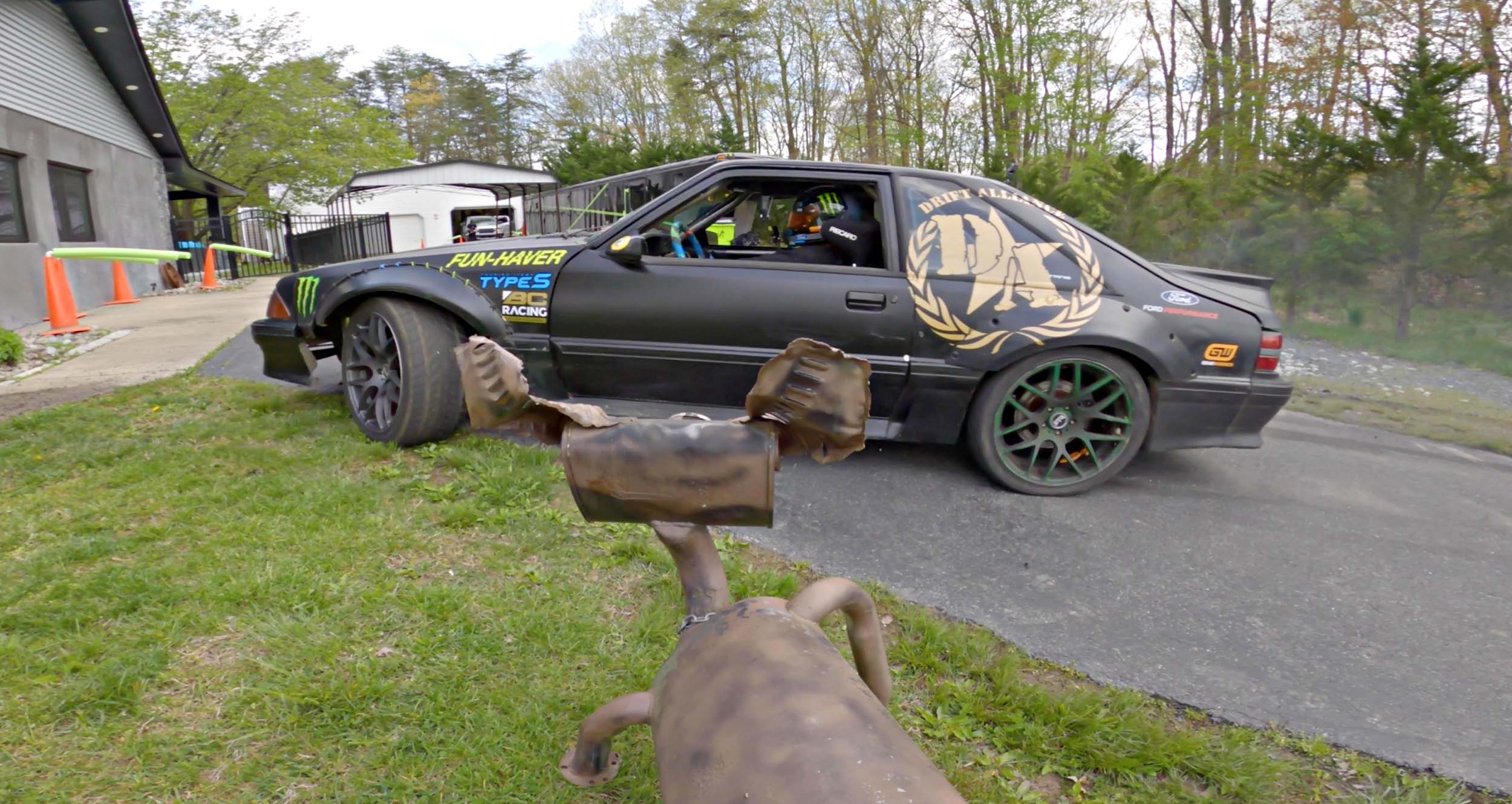 ABOVE: “I need some drifting in my life, so I turned my driveway into a drift course and brought out my Fox body,” Vaughn enthused before slaying some Nitto tires in his driveway. “Let’s go have some fun.” 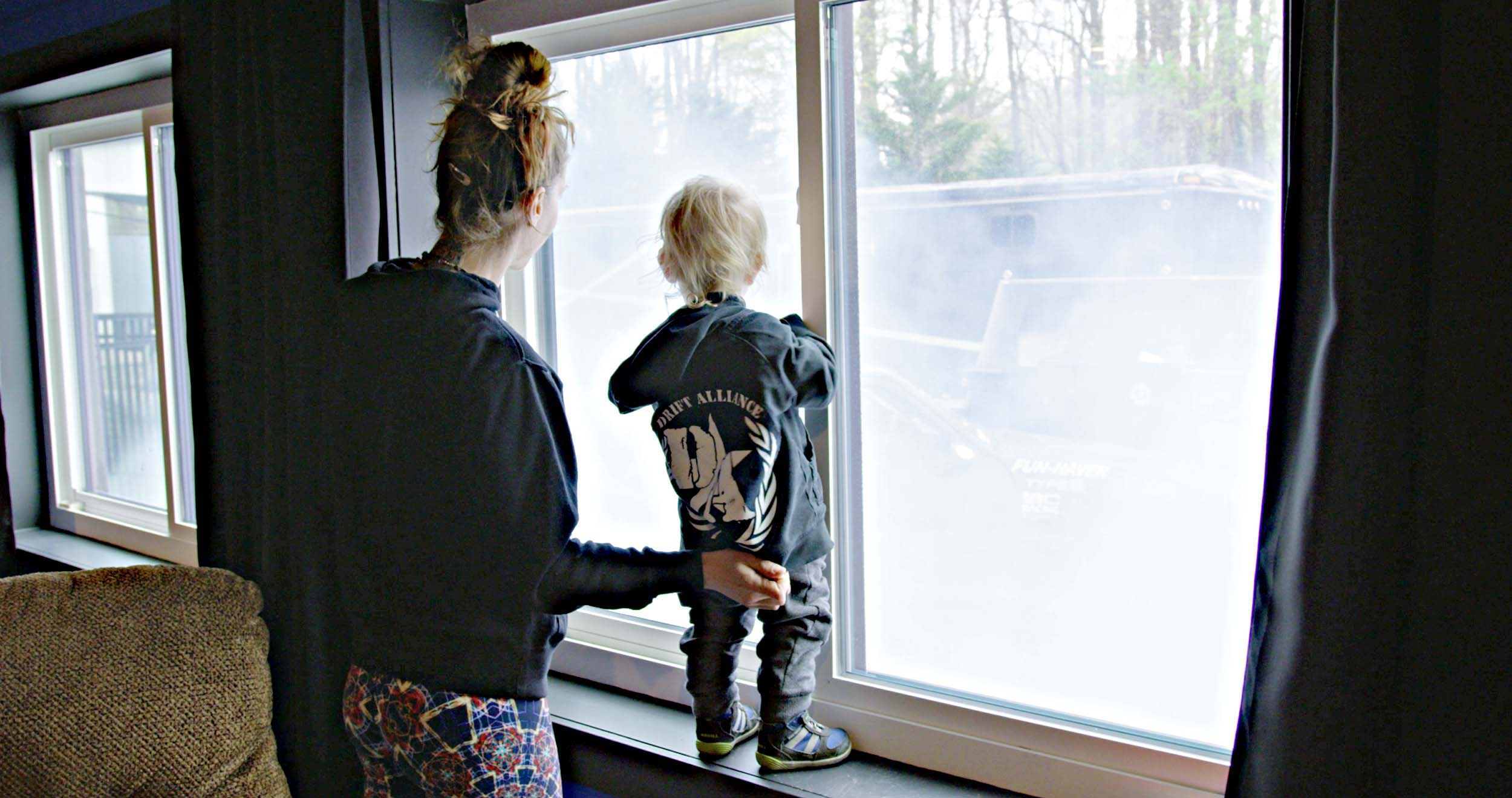 ABOVE: When Gunnar gets into a ‘Who’s dad is cooler?’ contest at school, he need only direct the other kids to this video to table those arguments in favor of his Fun-Haver father.