We were on-hand to see the record-setting auction sale recorded by the original Bullitt Mustang at the Mecum auction in Kissimmee, Florida, earlier this year.

It sold for $3,740,000 and earned the title as the world’s most valuable Mustang. However, that mantle could be challenged as another special pony crosses the block at the Mecum Auction in Indianapolis, Indiana.

Carrying the moniker “Flying Mustang,” the first Shelby GT350R-Model is up for sale as part of The John Atzbach Collection. This 1965 Shelby GT350R Prototype was driven by a number of noted drivers during Shelby’s development, including Ken Miles, Bob Bondurant, Chuck Cantwell, Peter Brock, and Jerry Titus. It also served as the demonstrator for Shelby’s media drive, so the press beat on it too. 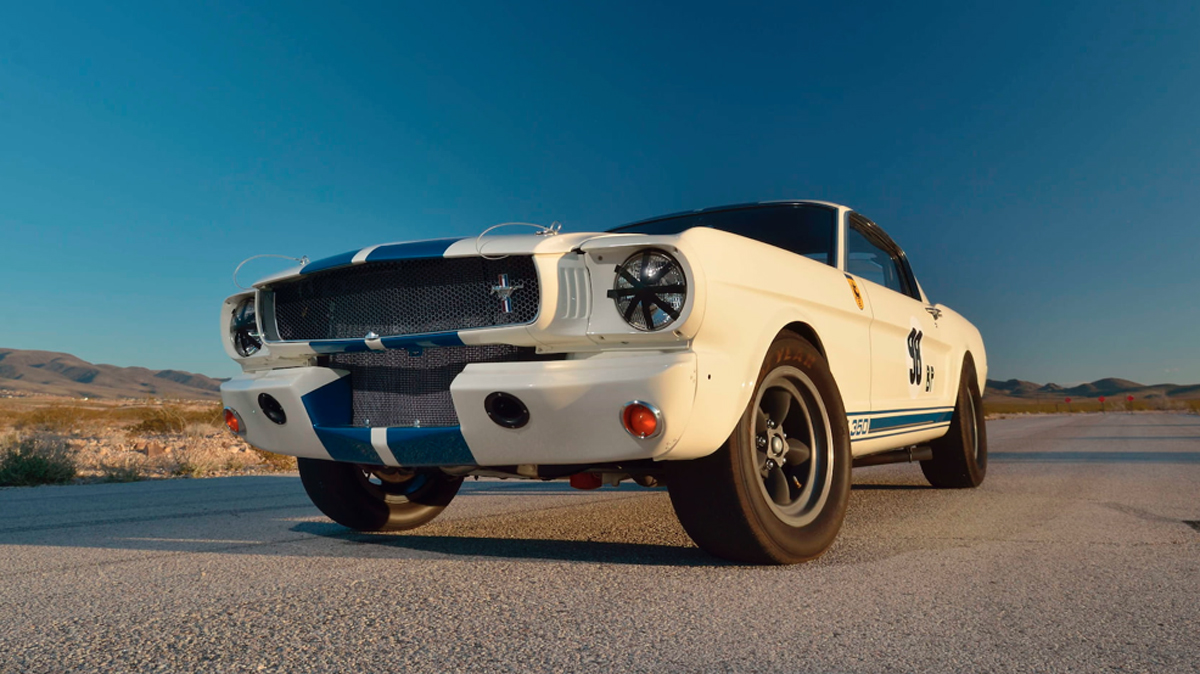 ABOVE: This 1965 Shelby GT350R Prototype, the first R-model built, will hit the block at the Mecum Auction in Indianapolis, Indiana, from July 10-18, 2020. BELOW: Made famous as the Flying Mustang by driver Ken Miles (who is highlighted in the film Ford v Ferrari), this original R-model is powered by a 289 small-block back by a four-speed manual transmission. 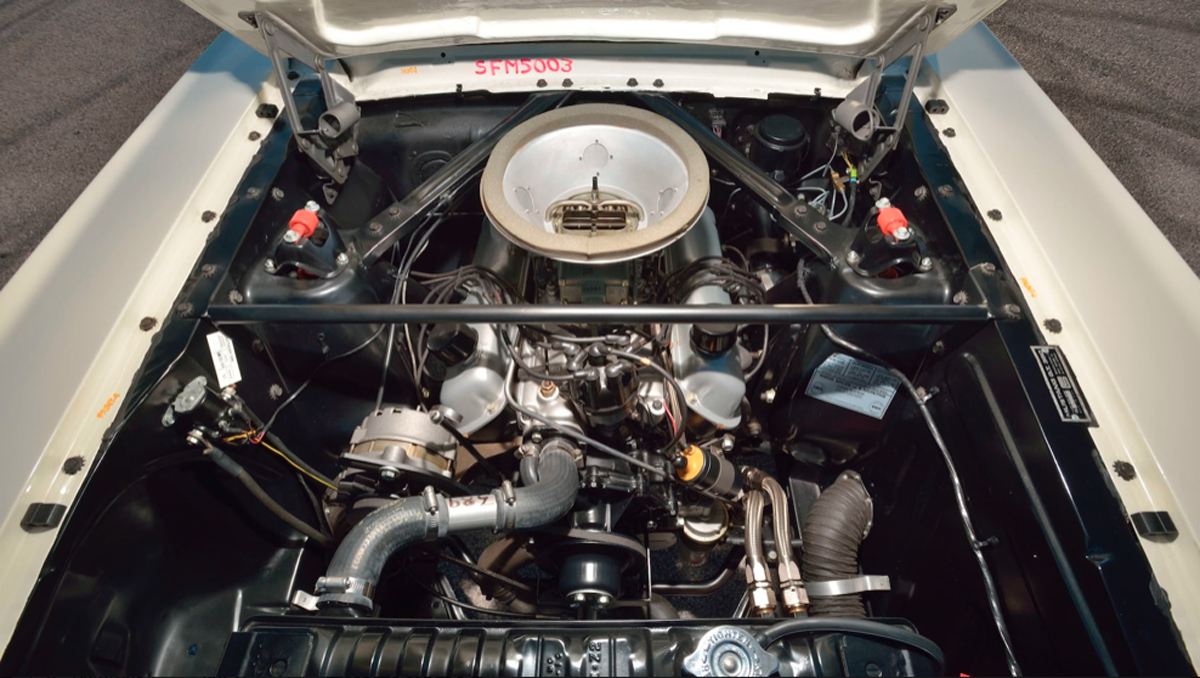 However, it was during its debut race at Green Valley Raceway near Dallas, Texas on Valentine’s Day in 1965 that it flew into the history books. With Miles (whose story is central to the film Ford v Ferrari) behind the wheel, the GT350R leapt a foot in the air en route to success in the B-Production class. The photo became the centerpiece of the company’s marketing campaigns, and it kicked off the Shelby Mustang legend with a victory.

These days it wears the original Green Valley 1965 racing debut livery thanks to a complete restoration by John Brown of Thoroughbred Restorations in Oklahoma City, Oklahoma. Obviously this is one special Shelby, but the question is just how much will it garner when the gavel strikes during the auction in Indy? We will find out when the Mecum festivities take place from July 10-18, 2020.

ABOVE As the only GT350R built in this configuration, this is certainly a rare Mustang. That rarity is amplified because it is equipped with unique hardware and styling features not seen on subsequent R-models. BELOW Restored by John Brown of Thoroughbred Restorations in Oklahoma City, Oklahoma, the Flying Mustang wears its 1965 racing livery. 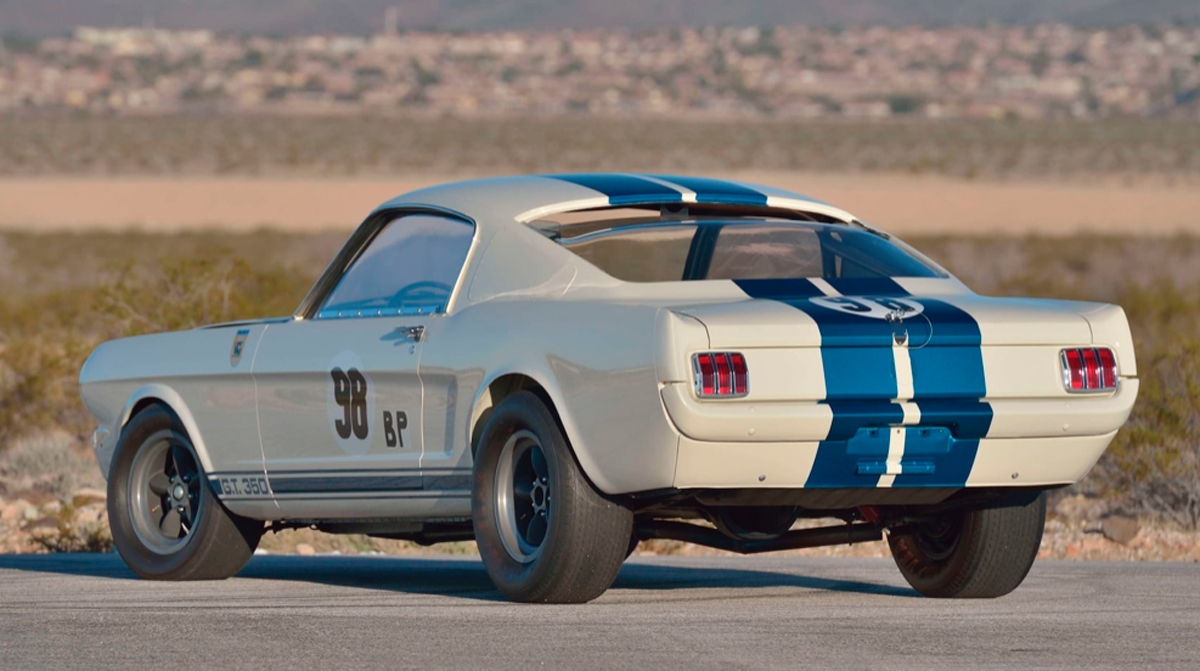