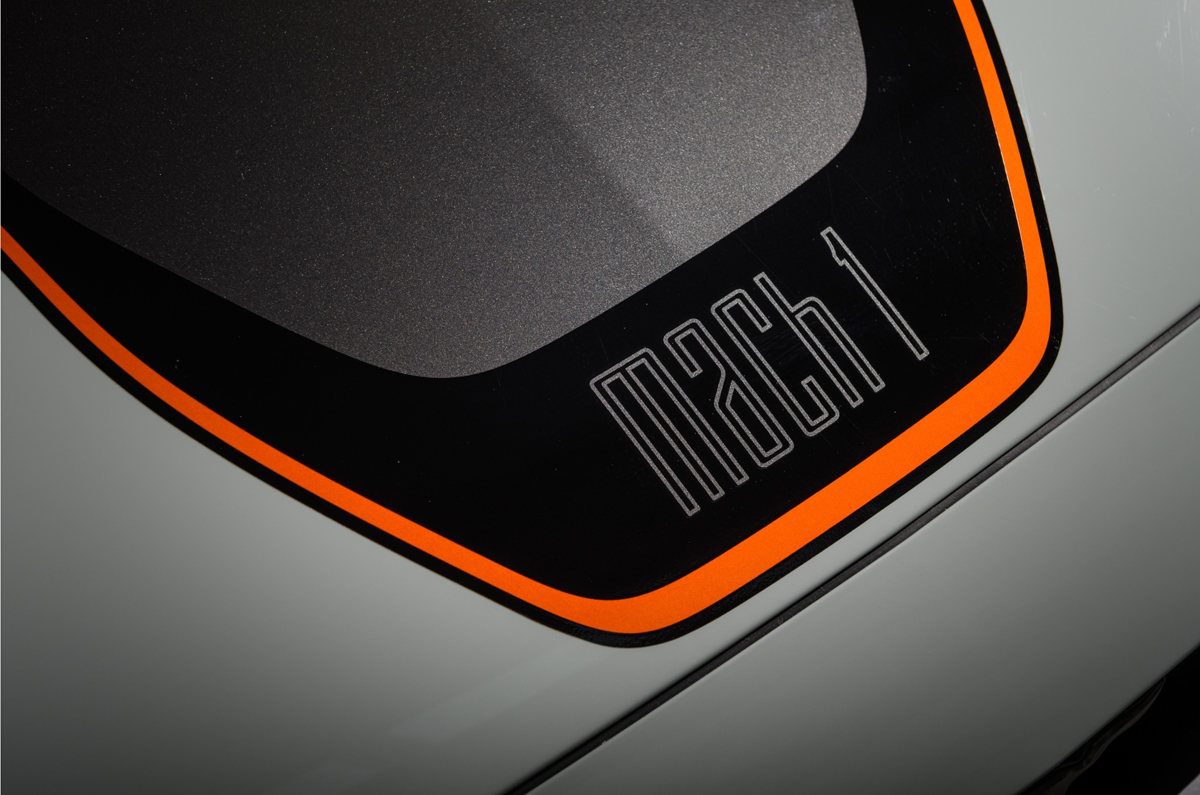 Re-imagined Mach! Ford designers updated the Mach 1 logo to match the modern flair of the 2021 model.

When you bring back a legendary Mustang with a performance pedigree drawing from some of the highest performing Mustangs ever, that car probably deserves an updated logo. Ford designers certainly believed that was the case, so they worked hand-in-hand with the vehicle team to create a re-imagined Mach 1 logo. 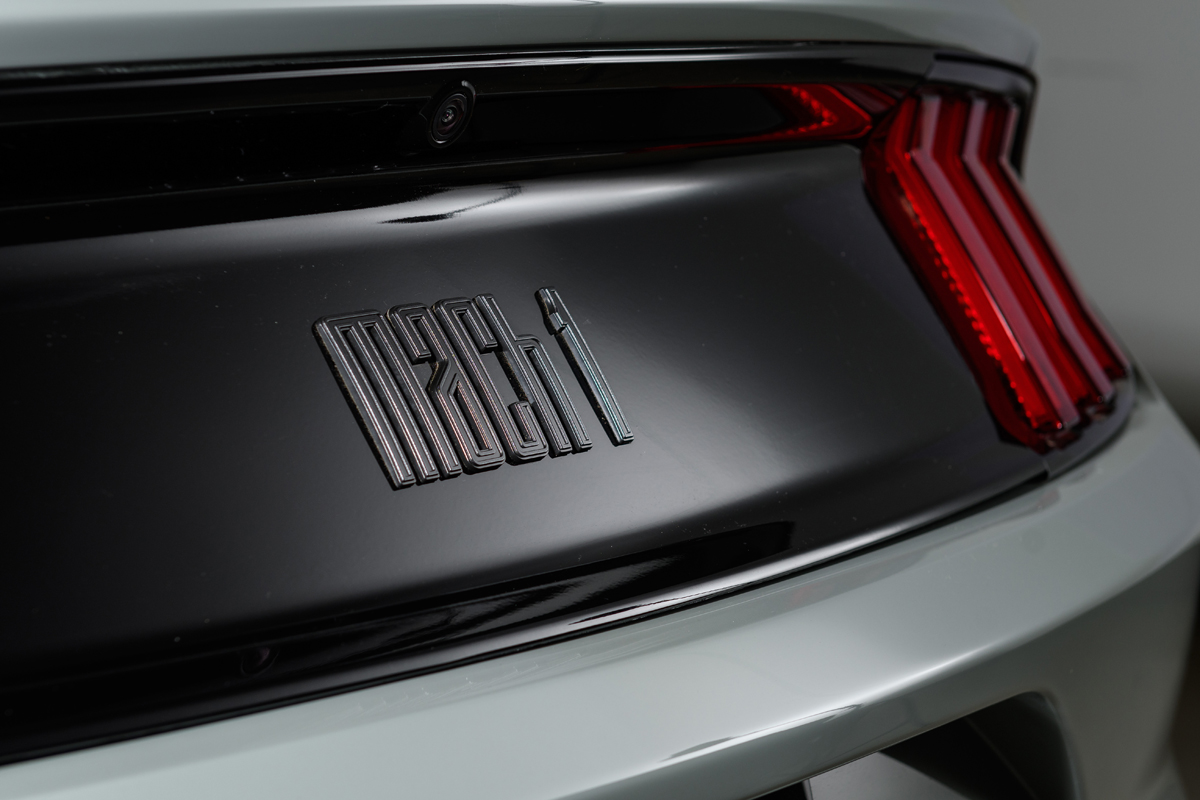 “From a brand standpoint, the vintage Mach 1 logo has such a classic look, there was a lot we didn’t want to lose,” Ford design manager Dave Mahoney said. “The unique letters, the outline — it was important to keep those features. What we did do is make it more modern, which really suits the new car.”

Unless you are a typography nerd, you probably don’t know that they chose a bolder, san serif font to get the job done, but the new design definitely accentuates the familiar lowercase “h.”

ABOVE & BELOW (logo details)The new Mach 1 logo appears on a number of places inside and outside the 2021 Mustang Mach 1. One prominent placement is on the etched, dash badge, which carries the unique VIN for each of the limited edition models. 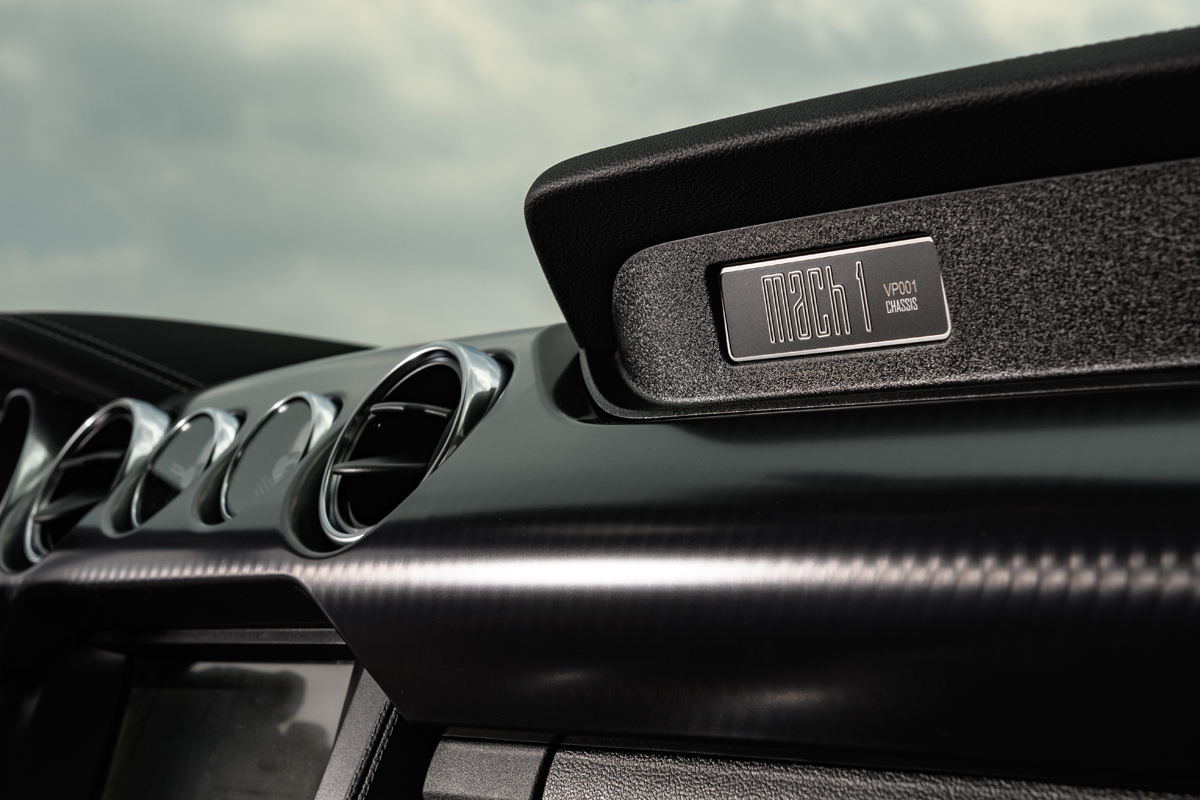 As is common practice, the logo appears in several spots inside and outside the car, so having the right design was crucial because a bad design would certainly stand out. This one blends new and old influences just like the car.

“We wanted it to be modern, while still calling back to the original. I think the team nailed it.”

“When a nameplate like a Mach 1 comes back, you need to play up the heritage, but we didn’t want this to be a retro badge,” said Dean Carbis, Ford chief designer. “We wanted it to be modern, while still calling back to the original. I think the team nailed it.”

Fans will be able to appreciate the new logo in person when the 2021 Mach 1 arrives on dealer lots next spring.