Sometimes the decisions to sell a Mustang are for good reasons—a new baby, a house payment, or maybe to send your kids to college. Michael Synatzke sold his 2004 Mach 1 in 2012 to purchase a home for his young family. The real bummer was, he sold the car to a fellow Mustang Driver who promised to give Michael first crack at buying the Mach 1 back; the offer came on the day he was closing on his new house. So, as you guessed, he had to pass on getting his Mach 1 back. 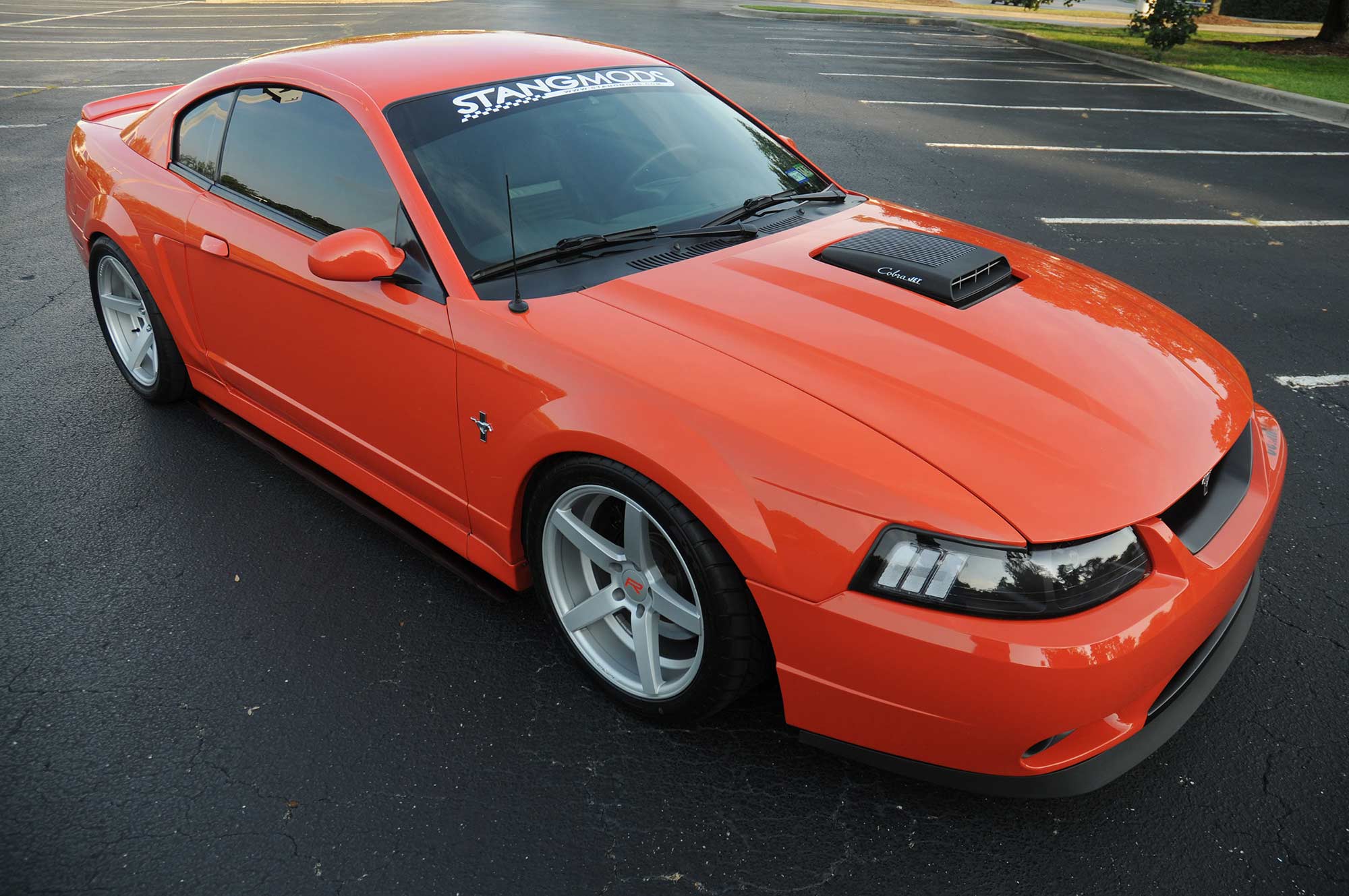 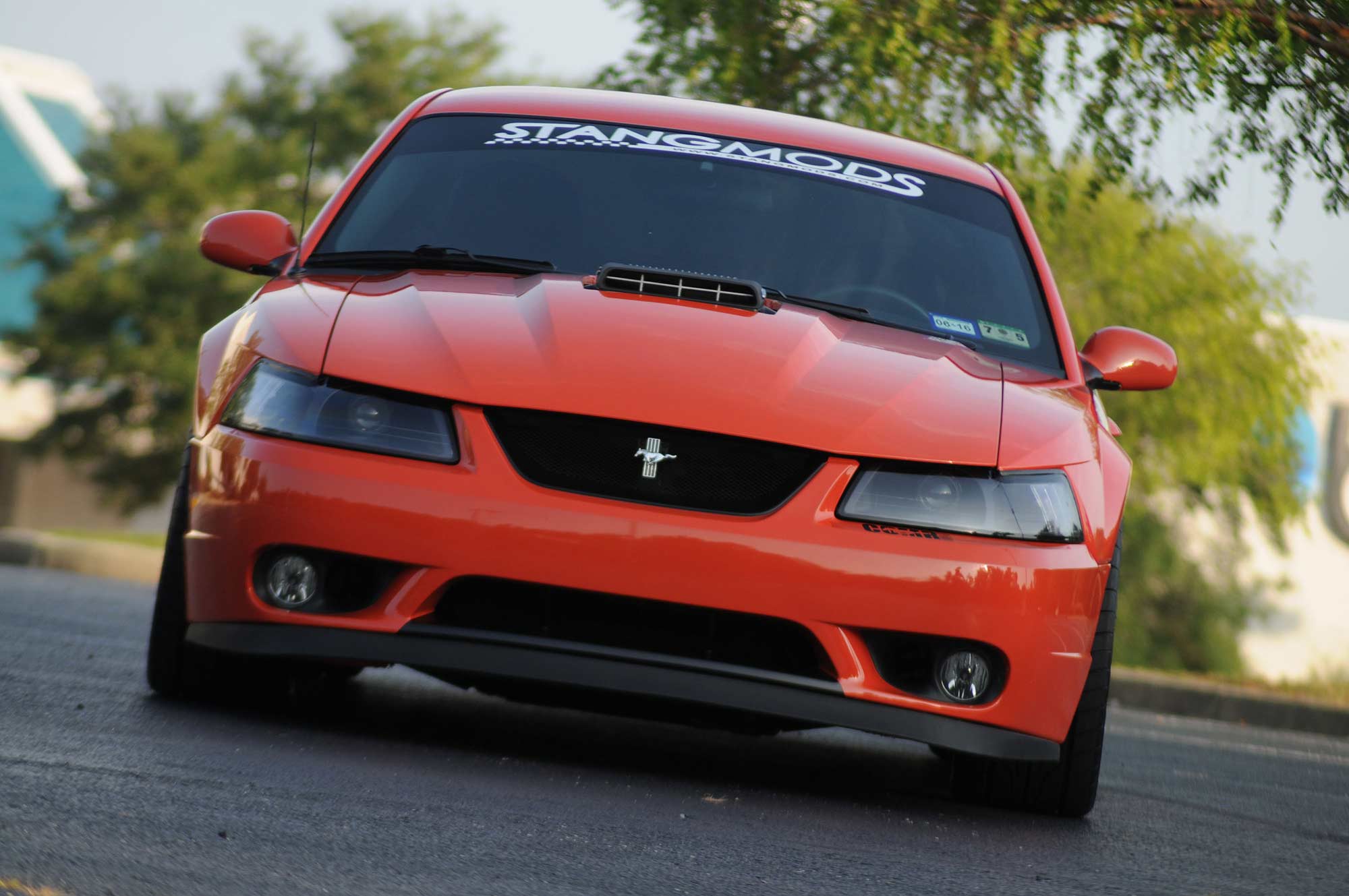 Synatzke’s Mach 1 story starts in 2006 when he bought it from an older couple who had their fun in the Competition Orange Mustang. The only issues with the car were scuffs on the door sills. Otherwise, the Mach 1 was completely stock and well cared for by the couple. Like most Mustang Drivers, Synatzke soon followed the familiar theme of more power and modifications. Getting under the Mach 1’s four-valve cam covers led to Bullet cams (specified by NA SVT) on a set of ported Cobra heads. The lower intake was also ported and polished by NA SVT and raised a half-inch with a spacer. The stock throttle body was placed on the shelf, replaced by an Accufab Racing twin 60mm unit connected to a C&L cold-air kit. MAC long-tube headers and an off-road H-pipe tie into an SLP cat-back exhaust with four-inch polished tips. Michael’s combination made a healthy 341 horsepower and 308 lb. ft. of torque at the rear tires.

H&R springs and Bilstein shocks and struts helped deflate the off-road look of the Mach 1’s factory stance. Rolled fenders kept the Nitto 335/30/18 rear and Nitto 275/35/18 front rubber from being gouged. Steeda X2 ball joints were a big help when dropping the Mustang. Steeda also got the call for lower control arms and strut tower bracing.

Many Mustang Drivers would be content with those mechanical modifications but Synatzke also knew what he wanted to do aesthetically to enhance the Mach 1. The 1999 Cobra amber taillights and front fascia are subtle touches that we appreciate. We also appreciate the rear Terminator Cobra fascia that has been modified by filling in the C-O-B-R-A script. More Terminator parts are the side mirrors, rocker panels, and rear deck spoiler. The vintage 1969 Cobra Jet script on the Shaker hood is homage to the original Mach 1.

More surprising is the fact in its two-year absence, the Mach 1 gained only 3,000 miles and, other than a missing hand-held tuner, the car returned to Synatzke’s garage intact.

You can see why Synatzke was sad to let this Mach 1 go, and even more disappointed at having to pass on his chance to get it back. He even tried to replace his lost Mach 1 with another car in a fleeting attempt to relive the past. Synatzke quickly moved on. Then, in 2014, an anonymous Instagram user sent Synatzke a photo of his former Mach 1 on a car lot in Wichita, Kansas, some 600 miles from his home in Texas. Synatzke knew instantly that it was his car because of the unique mix of 1999 and Terminator Cobra enhancements. He wasted no time and called the car lot within minutes, then sent down payment via PayPal to make sure he didn’t loose his Mach 1 again. 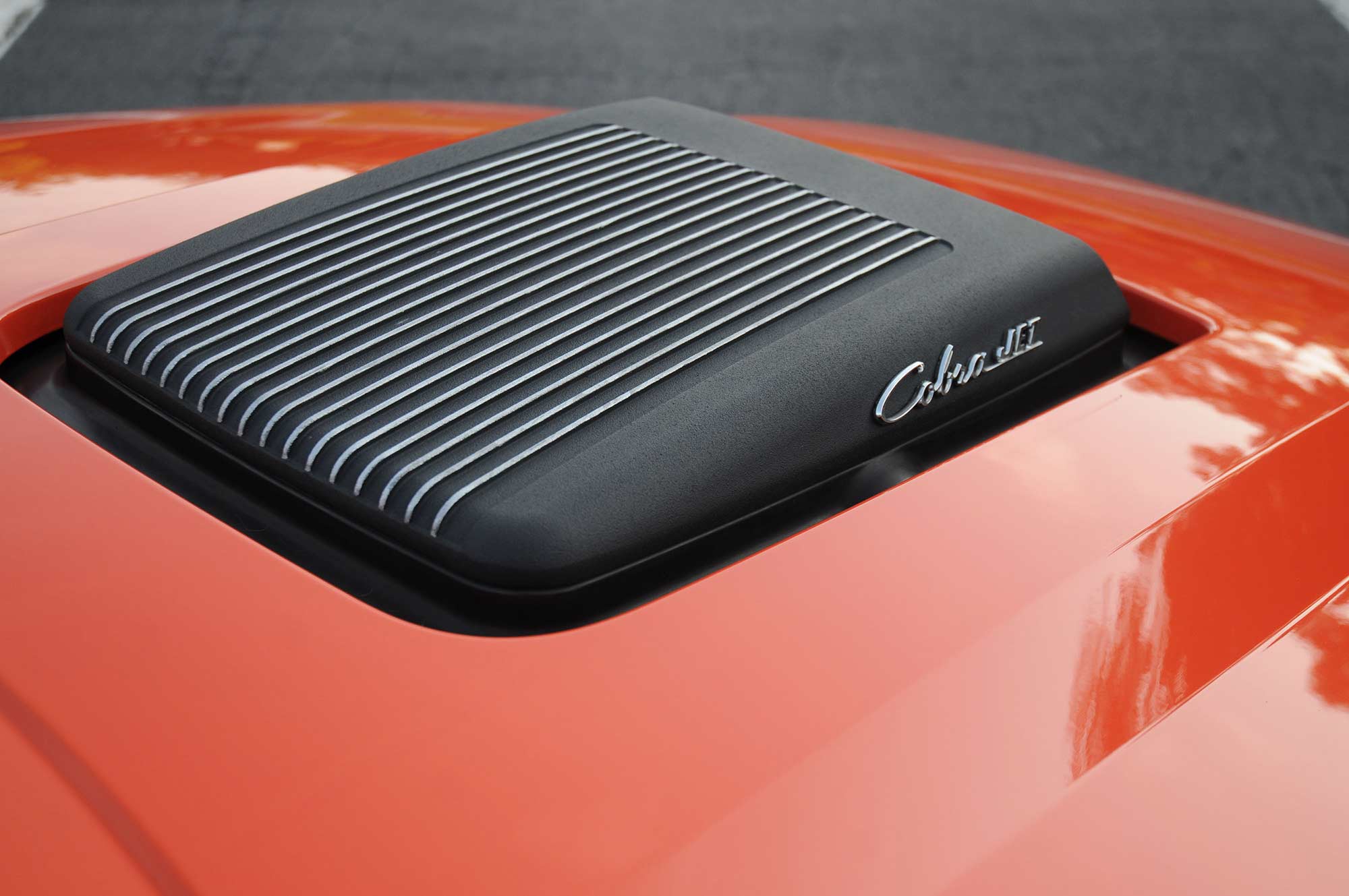 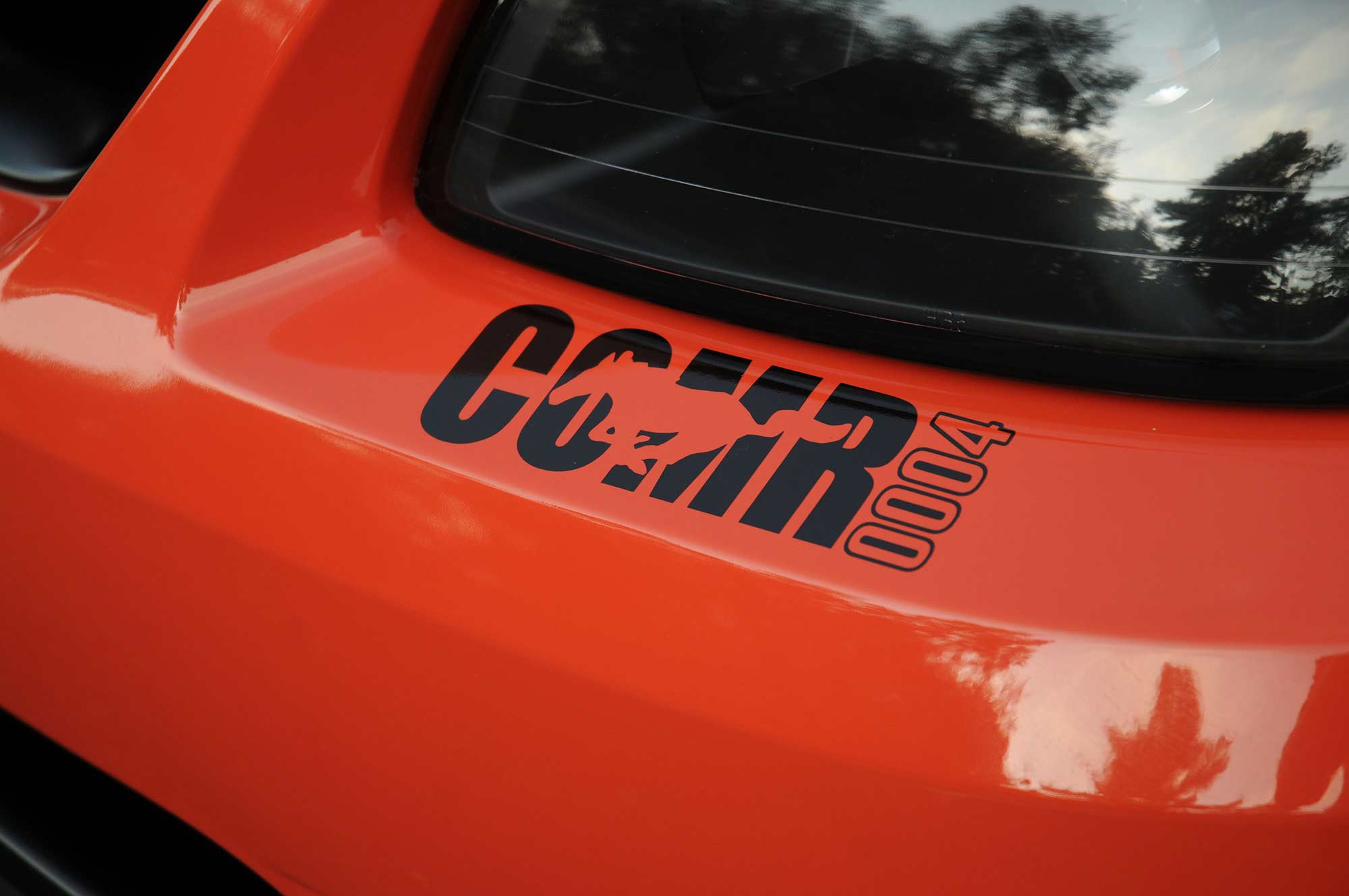 Synatzke discovered that the car lot owner travelled through Texas every six months or so to purchase cars for his Kansas lot. More surprising is the fact, in its two-year absence, the Mach 1 gained only 3,000 miles, and other than a missing hand-held tuner, the car returned to Synatzke’s garage intact. The one new addition to the Mach 1 is the unique dark and light Rovos Durban wheels. Why one side satin silver and the other side satin black? Why not? Some people seem to love the black wheels, others silver. Some don’t notice the silver wheels, thinking they’re factory. Either way, the combination got our eye and we’re sure Synatzke is happy he got his Mach 1 back.
‍ 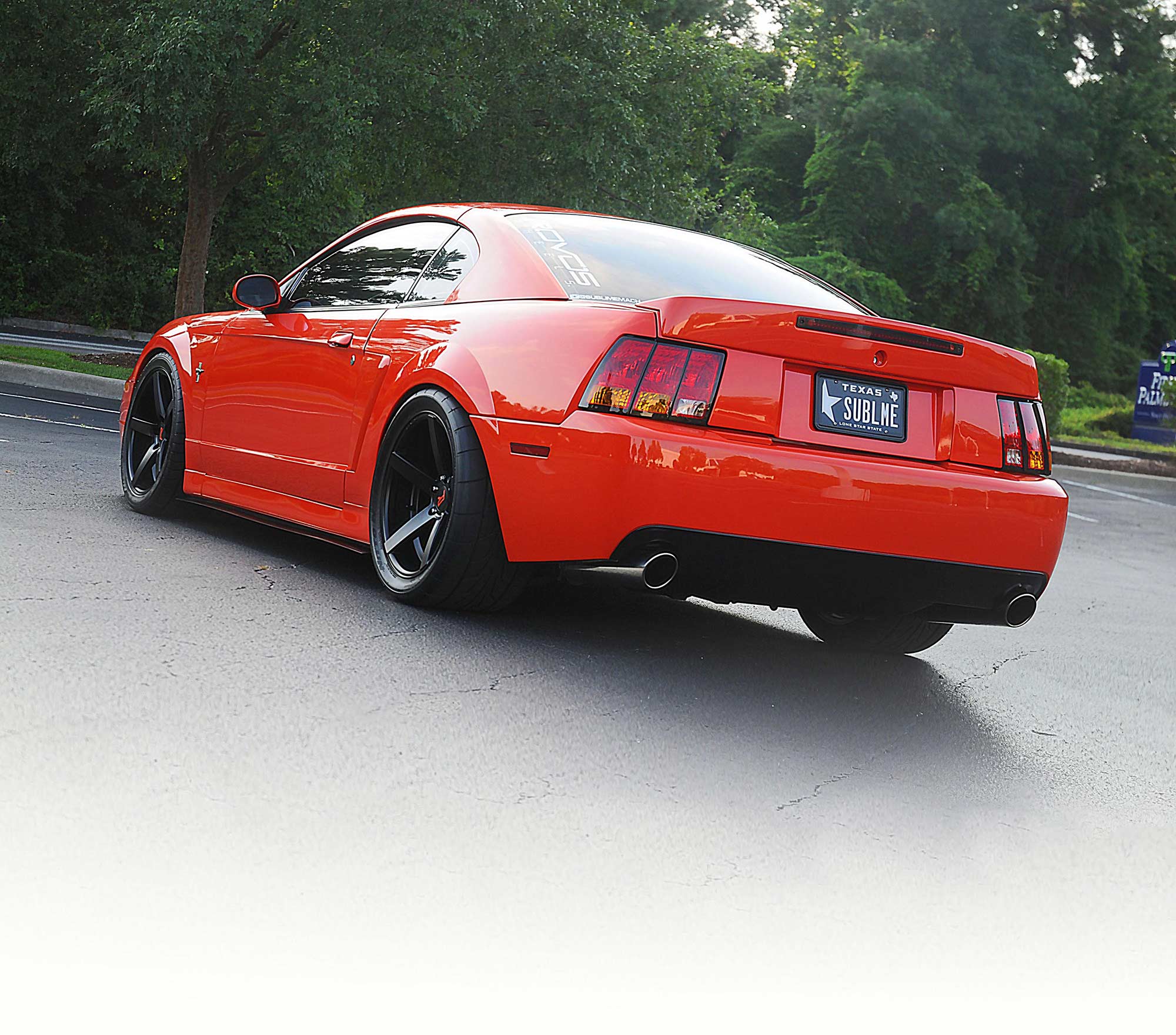 Which wheels do YOU like better on Michael's Mach 1? Let us know in the comments below!

What do you think?