The Tesla Model X is no longer the only electric performance crossover in town. The Mustang Mach-E GT is scheduled to release later this year and its competitive price will beat out many electric crossovers. Here’s a look at how Ford’s 2021 Mustang Mach-E GT stacks up against the 2020 Mustang GT Fastback.

The big question, can an electric vehicle beat the gas-powered Mustang GT? Ford has dominated the U.S. market in fleet vehicles for a long time, but some new players have stepped into the field to give all competitors a run for their money. Much of that can be attributed to the falsehood of electric vehicles being more expensive, and most of all, not having the range of gas-powered vehicles. For this comparison, we meet performance with electric-capability and elegance.

Another question worth asking, has Ford developed this vehicle to enter the government and municipality market for emergency vehicles as they have in the past with prior Mustangs, and most recently the Ford Explorer? No one will ever know until we see them on the road. Our comparison between the two vehicles here will focus more on the enthusiast market than fleet sales.

How Does Performance Compare Between 2021 Mustang Mach-E GT vs 2020 Mustang GT?

From a numbers standpoint, we are comparing a four-door crossover to a two-door coupe. Ford has not disclosed its exact figures, but we did a little research. Ford determined that performance-oriented buyers still favor a more traditional look, which is why the Mach-E GT has an actual grille up front versus a solid, body-color panel seen on other Mach-E trims. It looks like a traditional grille. but out of necessity, the Mach-E GT’s grille is just as smooth, because it has a clear cover allowing it to slice through the air as efficiently as possible. 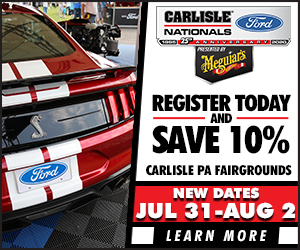 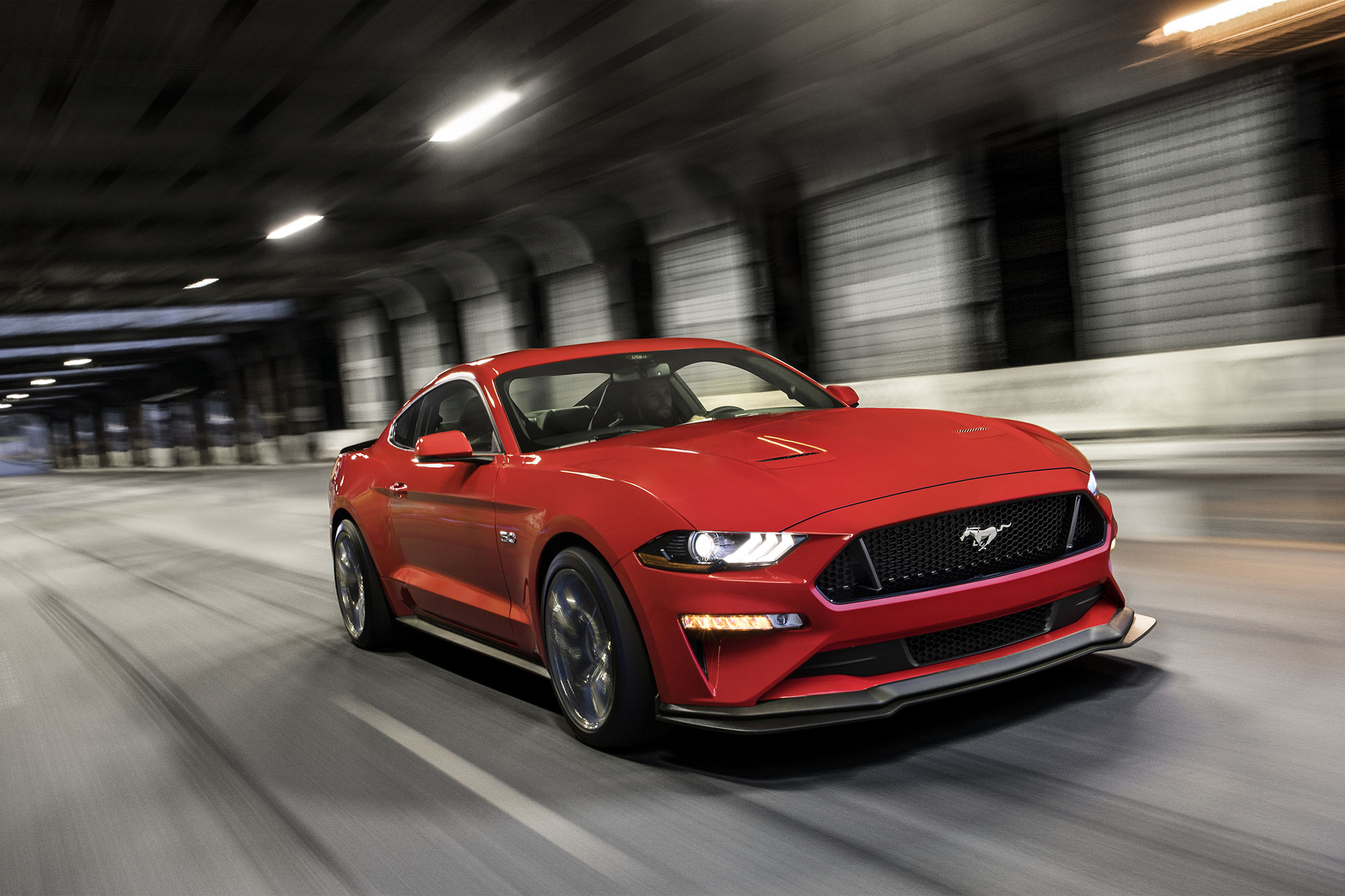 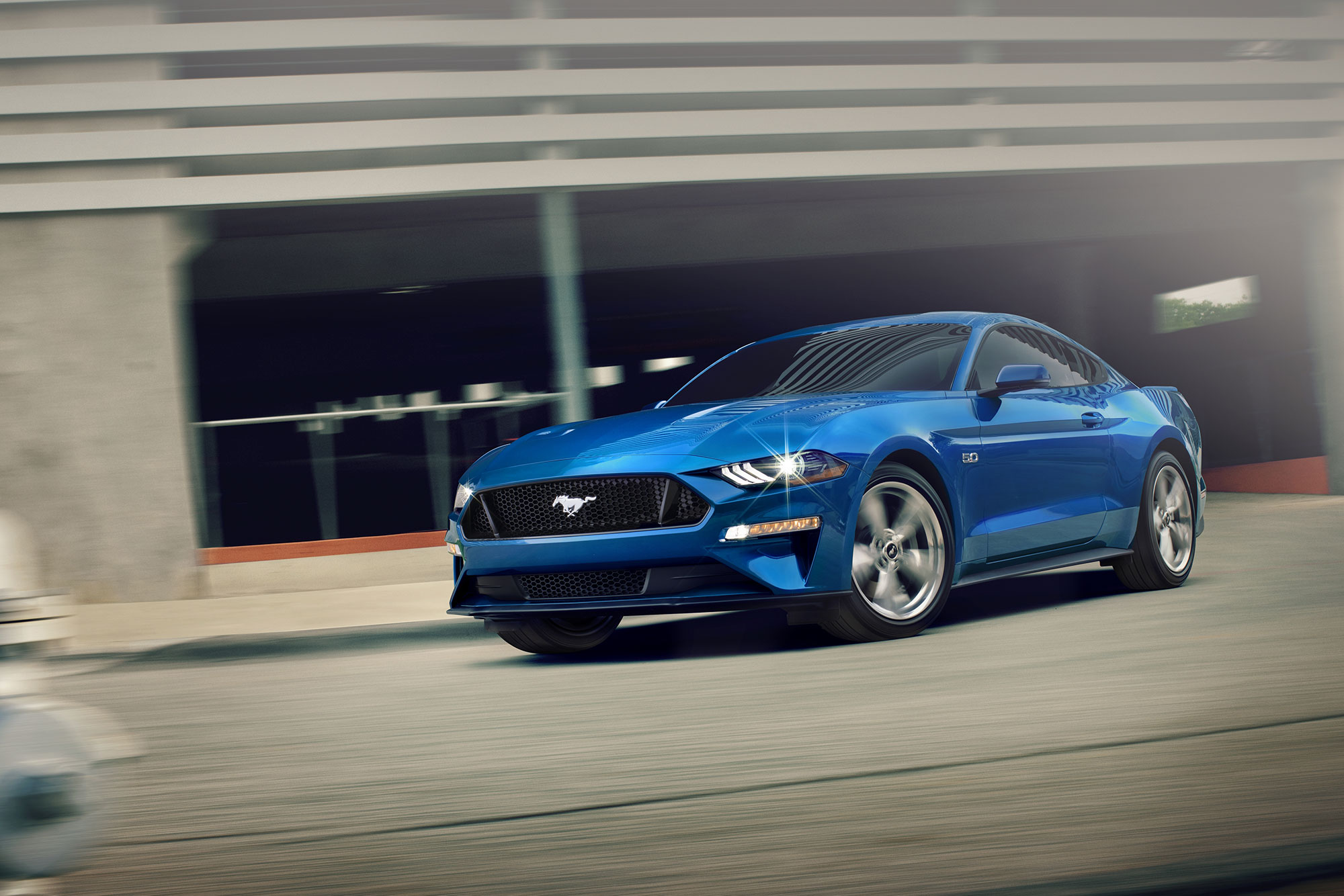 The Mach-E also has a new, electric all-wheel-drive system (eAWD) which can apply torque independently to the front and rear axles, giving it better traction for impressive acceleration and improved handling over the rear-wheel-drive Mustang GT.

The Mach-E GT also gets a slightly different lower fascia with added vents and a prominent chin spoiler. Again, the name of the game here is increased efficiency, as the vents achieve some aerodynamic witchcraft helping offset the extra drag from the Mach-E GT’s larger wheels and tires. The lower spoiler, however, is said to add downforce for more grip at the front. That’s at least one bit of traditional performance this electric GT gets.

The Mustang GT appears slightly longer thanks to its sleek design, but in reality is two inches shorter than its competitor, the Mach-E. 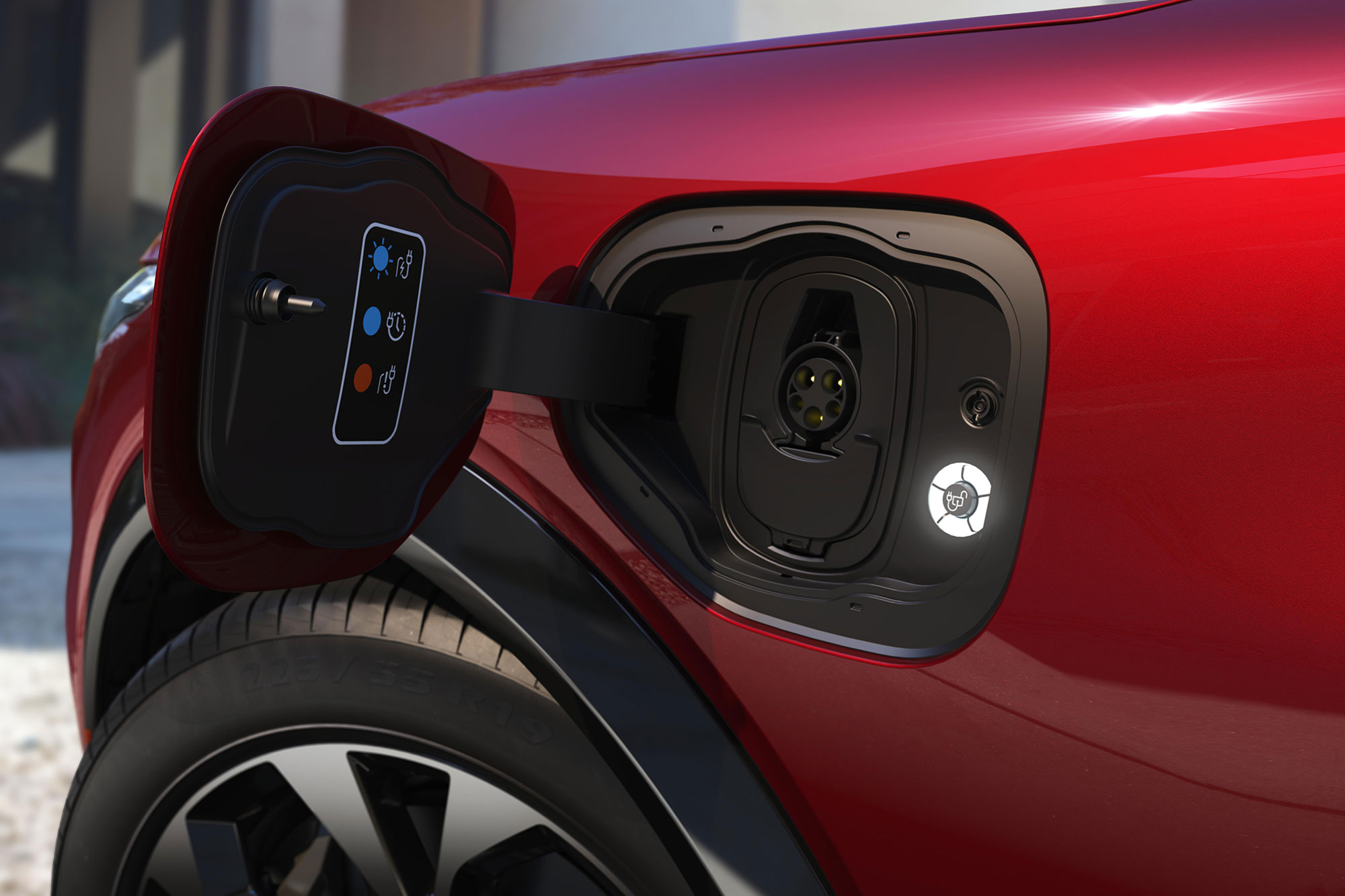 If you are purchasing solely for performance, you’re more likely to consider the gas-powered Mustang GT, as it IS two seconds faster to reach 60 mph. However, the 0-60 of the Mach E GT is 2.5 seconds quicker than the time quoted for the pedestrian Mustang Mach-E. We’re told stuffing the bulky battery pack under the passenger compartment improves handling by lowering the center of gravity, but we’ll wait until we get the chance to take the Mach E for a spin to make a final call. 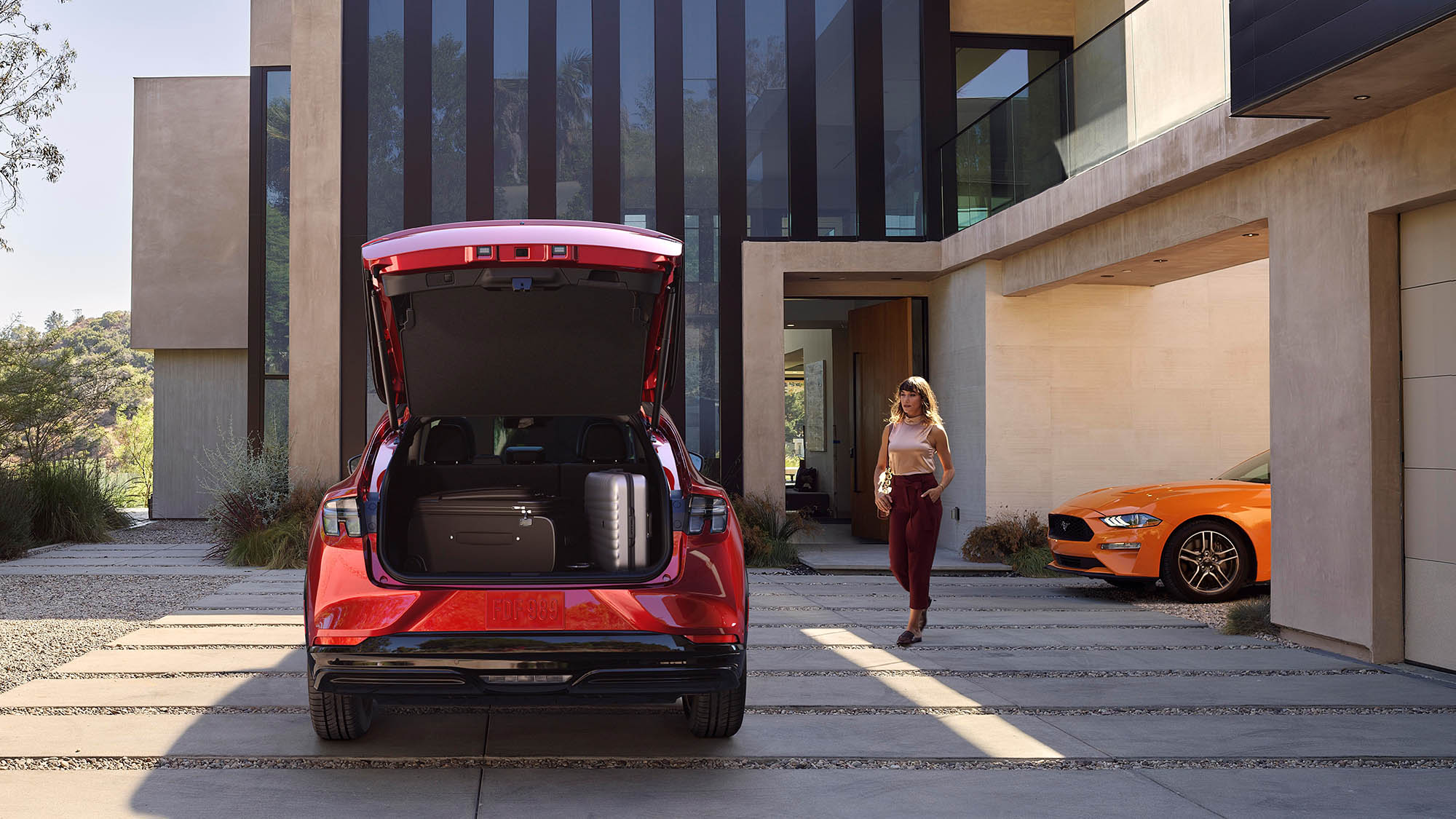 How Does Size Compare Between Mustang Mach-E GT vs 2020 Mustang GT Fastback?

The Mustang GT and the Mach-E are very different in style but very similar in length. The Mach-E better resembles the Jaguar I-Pace than your typical Mustang. With the Mustang GT coming in at 188 inches in length and the Mach-E at 186 inches, these two are natural competitors when using up precious parking space. The Mustang GT appears slightly longer thanks to its sleek design, but in reality is two inches shorter than its competitor, the Mach-E.

When comparing overall interior space, the Mach-E obviously has more, one of the benefits of being almost 10 inches taller. It’s here that Mach-E wins hands-down, and also includes the additional front trunk – called a “frunk” – that many electric vehicles sport these days. It’s interior is far more cavernous than the Mustang GT, more than doubling the total cargo capacity. Mustang Mach-E takes a huge victory when it comes to interior space.

Now For The Important Part: Range and Charging

The range is really what most consumers are asking about when it comes to buying an EV vehicle. How far can the vehicle go on one charge and where can I re-charge it? For overall highway miles, the Mustang GT wins with a 400-mile range against the Mach-E’s estimated 300-miles. (The 2021 Mustang Mach-E has an EPA-estimated range of between 210 and 300 miles, depending on the battery pack and type of electric motors.) Every model also has fast-charging capability. Ford claims it is working to have the largest charging network in the United States—even larger than Tesla!

The 2021 Ford Mustang Mach-E starts at a base price of $43,895 and the Mustang GT base price starts at $35,630. That’s before an unknown destination charge is tacked on and it’s also before the available $7,500 federal tax credit.
‍
Here’s where the Mach-E really gets enticing. Comparing it to luxury EVs isn’t exactly a fair fight, but there’s nothing else with similar enthusiasm. Many of the front-wheel-drive electrics have much less performance, yet are playing on the same field. The 2021 Mustang Mach-E is Ford’s first all-electric crossover, and it was designed and named after the company’s iconic pony car. Whereas the Mustang created the pony car market so many years ago, the overall price of the Mustang Mach E will knock out many competitors in the crossover market of EV’s.