Cobra Jet Mustangs are near and dear to Blue Oval enthusiasts. Those very words signify power and performance, whether it’s a ’69 428 CJ or a brand-new, supercharged 2019 model. Today, the legacy continues as Ford announces the latest Cobra Jet prototype. Amazingly, it doesn’t use a drop of fuel and you may not even hear it run, but according to Ford, it will deliver low-8-second quarter-mile times at more than 170 mph. For the first time ever, Ford Performance introduces a one-off Mustang Cobra Jet factory drag racer with all-electric propulsion.

Breaking from tradition, this battery-powered Mustang Cobra Jet 1400 prototype is projected to deliver over 1,400 horsepower and over 1,100 ft.-lbs. of instant torque to demonstrate the capabilities of an electric powertrain in one of the most demanding race environments. “Ford has always used motorsport to demonstrate innovation,” said Dave Pericak, Global Director, Ford Icons. “Electric powertrains give us a completely new kind of performance and the all-electric Cobra Jet 1400 is one example of pushing new technology to the absolute limit.

We’re excited to showcase what’s possible in an exciting year when we also have the all-electric Mustang Mach-E joining the Mustang family. Following the debut of the all-electric Ford Mustang Mach-E SUV—the first-ever, all-electric Mustang, the Mustang Cobra Jet 1400 prototype represents another opportunity to advance Mustang heritage and performance while simultaneously incorporating some of the most advanced technology coming to Ford’s future powertrains,” he added. 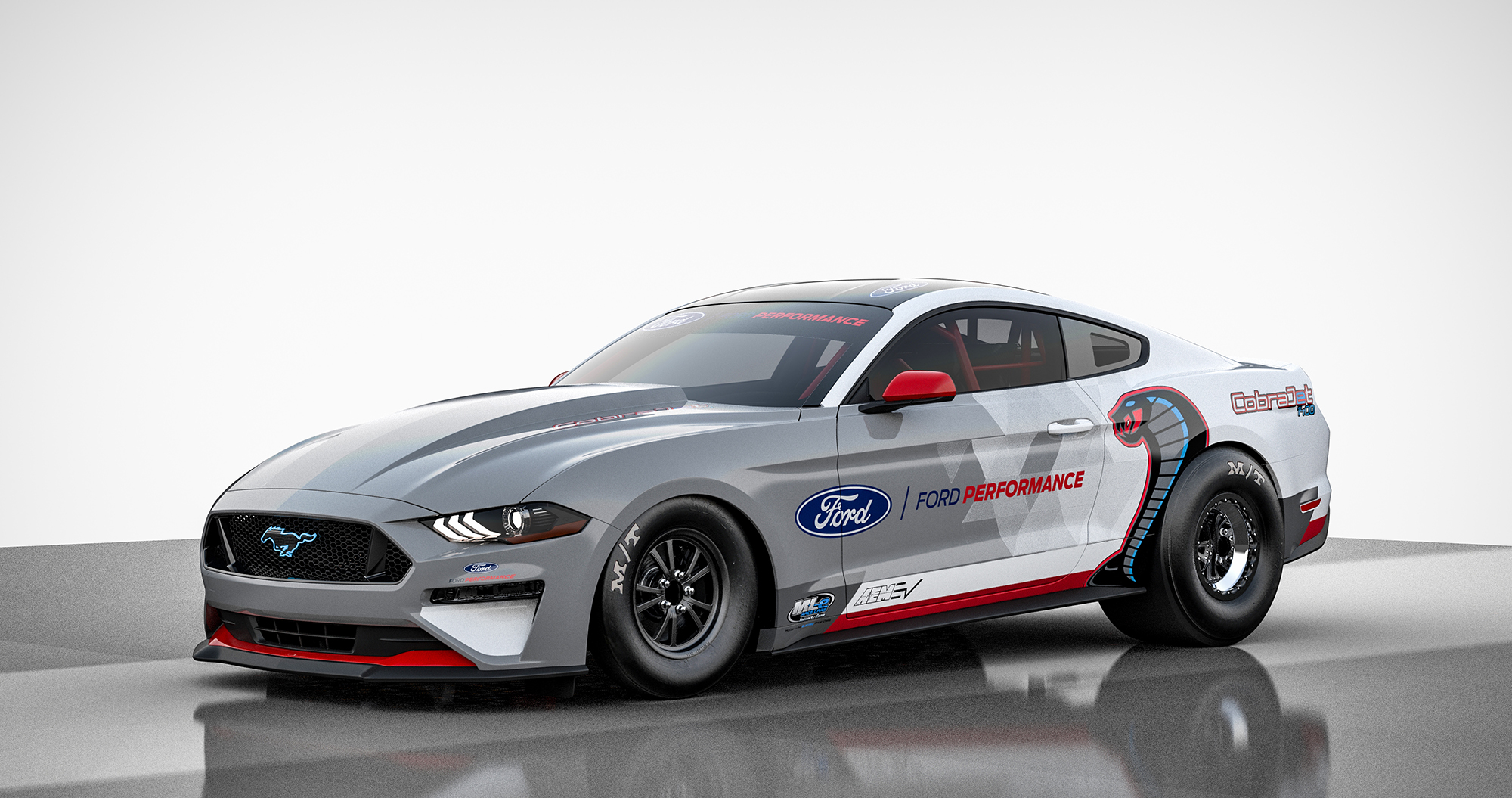 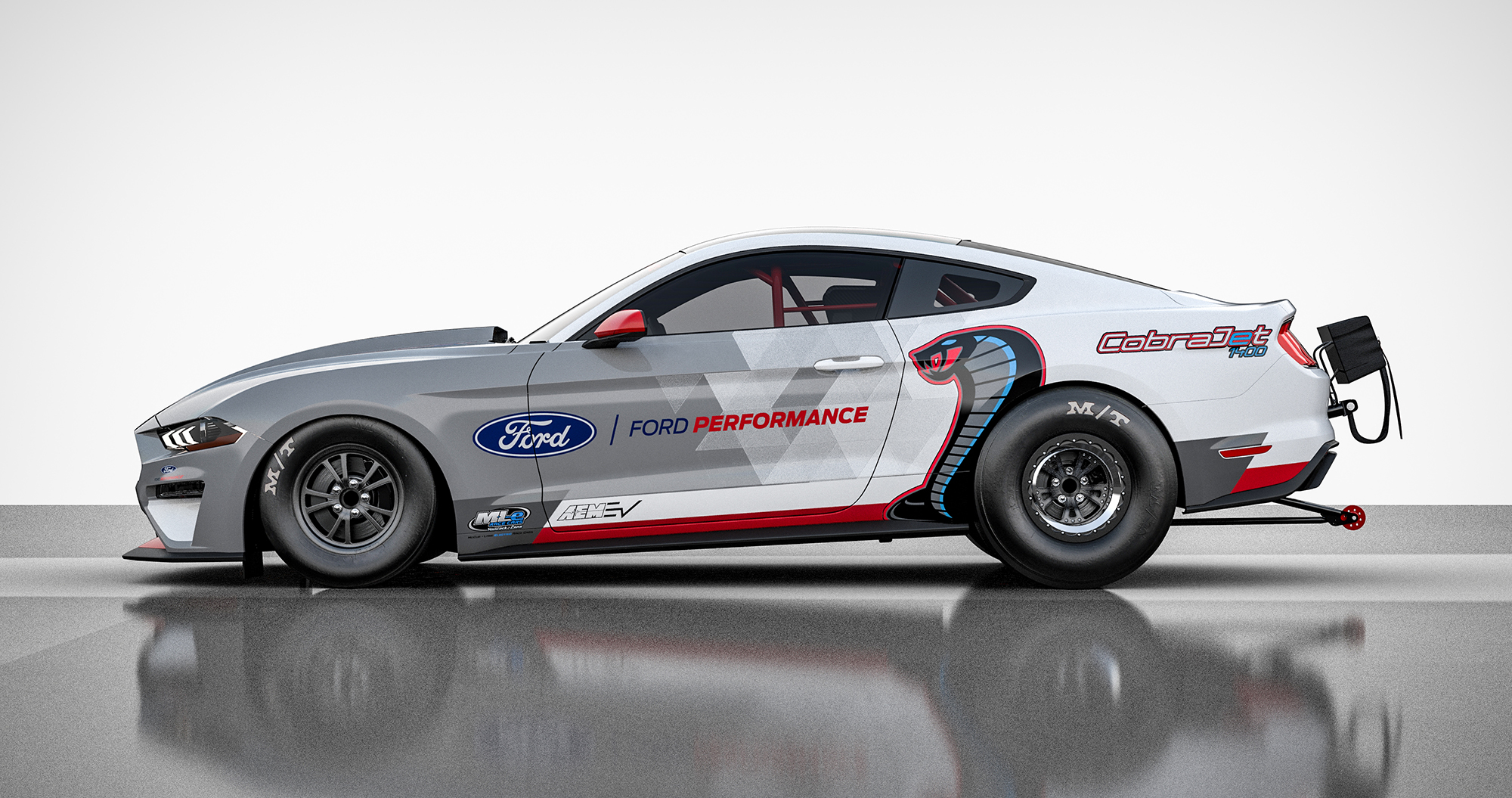 Keep in mind, this is a prototype, not a production model. And it doesn’t signify the end for petrol-burning Mustangs either. The return of the Cobra Jet in 2008 has allowed Ford Performance to push the envelope of what the factory can produce and sell. The exercise has proven successful, with multiple NMRA, NMCA and NHRA championships won by Cobra Jet drivers. Now, Mustang Cobra Jet 1400 honors the original Cobra Jet that first dominated drag strips in the late 1960s and is still a major force in sportsman drag racing today. Chevrolet has already produced a 9-second all-electric prototype eCOPO Camaro. Will this elevate to all-electric, factory drag strip wars?

You can catch a sneak peek starting this Sunday, April 26, by watching MotorTrend On Demand’s “Hard Cell”, a showcase of electric vehicles pushing innovation boundaries. 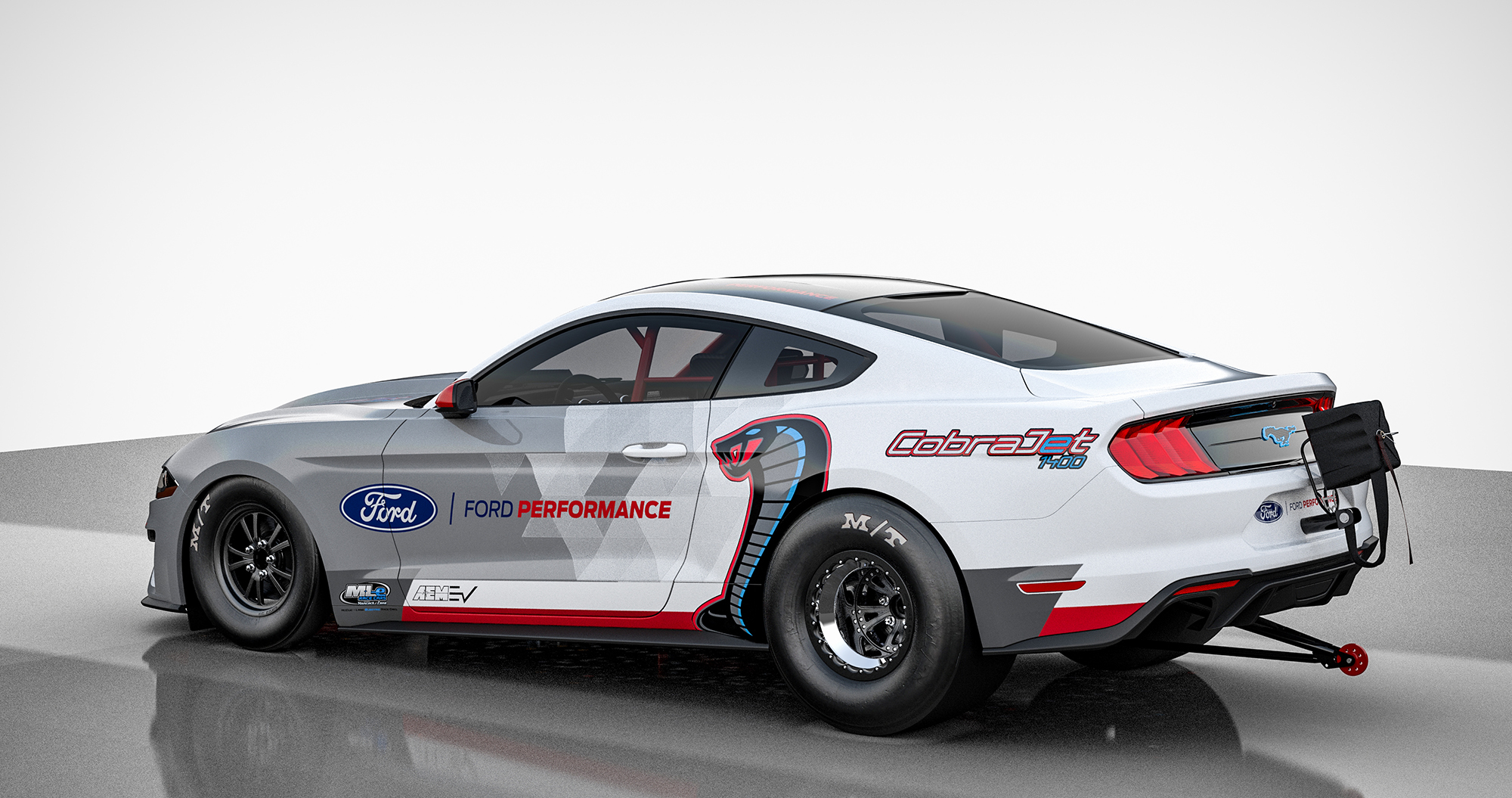 To produce the Cobra Jet 1400, Ford teamed with Watson Racing, current builder of the 2019 Cobra Jet, for chassis support and roll cage construction; MLe Racecars served as the vehicle builder, designer, integrator and tuner; AEM EV worked on software, along with motor calibration and controls and Cascadia provided the inverter and motor for the CJ.
‍
Ford Performance continues to test Cobra Jet 1400 in preparation for a 2020 world debut at a major drag racing event. According to Ford, fans, media, and competitors alike will get a first-hand look at this unique pony and see exactly what it’s capable of on track. You can catch a sneak peek starting this Sunday, April 26 by watching MotorTrend On Demand’s “Hard Cell”, a showcase of electric vehicles pushing innovation boundaries.