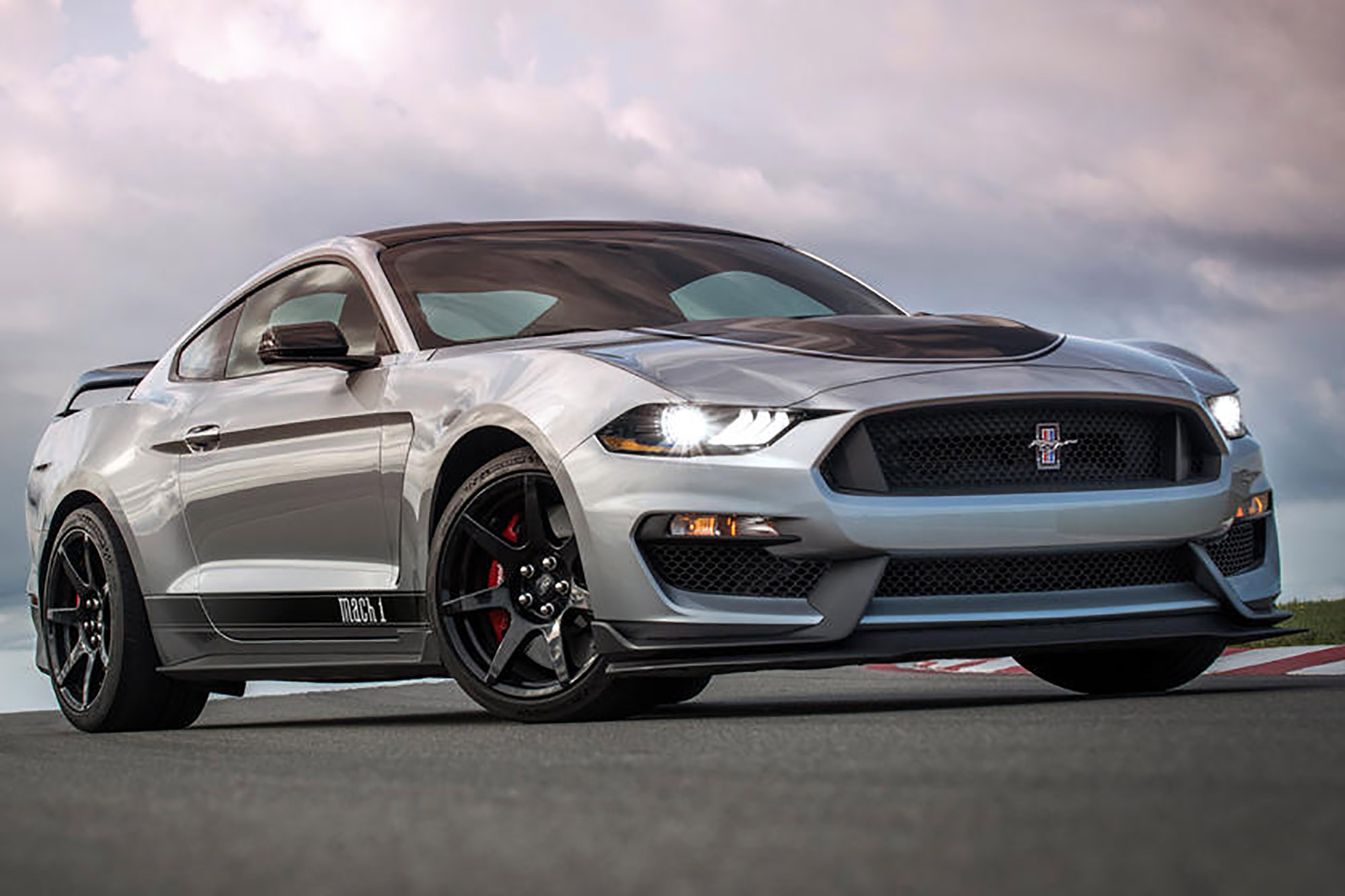 This render floated by CarBuzz probably leans on the Shelby GT350 styling a bit heavily. We would expect a new Mach 1 to feature the latest headlights along with a unique front fascia and other throwback details.

Recently the Internet was abuzz with the “confirmation” of a new Mustang Mach 1 model on the way. After narrowly dodging a bullet as the name for the electric Mustang eventually named the Mach-E, the Mach 1 has long been rumored as the specialty successor to the superbly understated Bullitt. Now it seems that time is upon us.

A VIN decoder diagram hit the internet and details the full lineup of Mustang models, including the addition of a Mach 1 coupe. Prognosticators say it will have 480 horsepower and a manual transmission. Many say the Mach 1 will benefit from gear previously deployed on the Shelby GT350 and Performance Pack models, to deliver a performance option between the GT and the Shelby GT500. 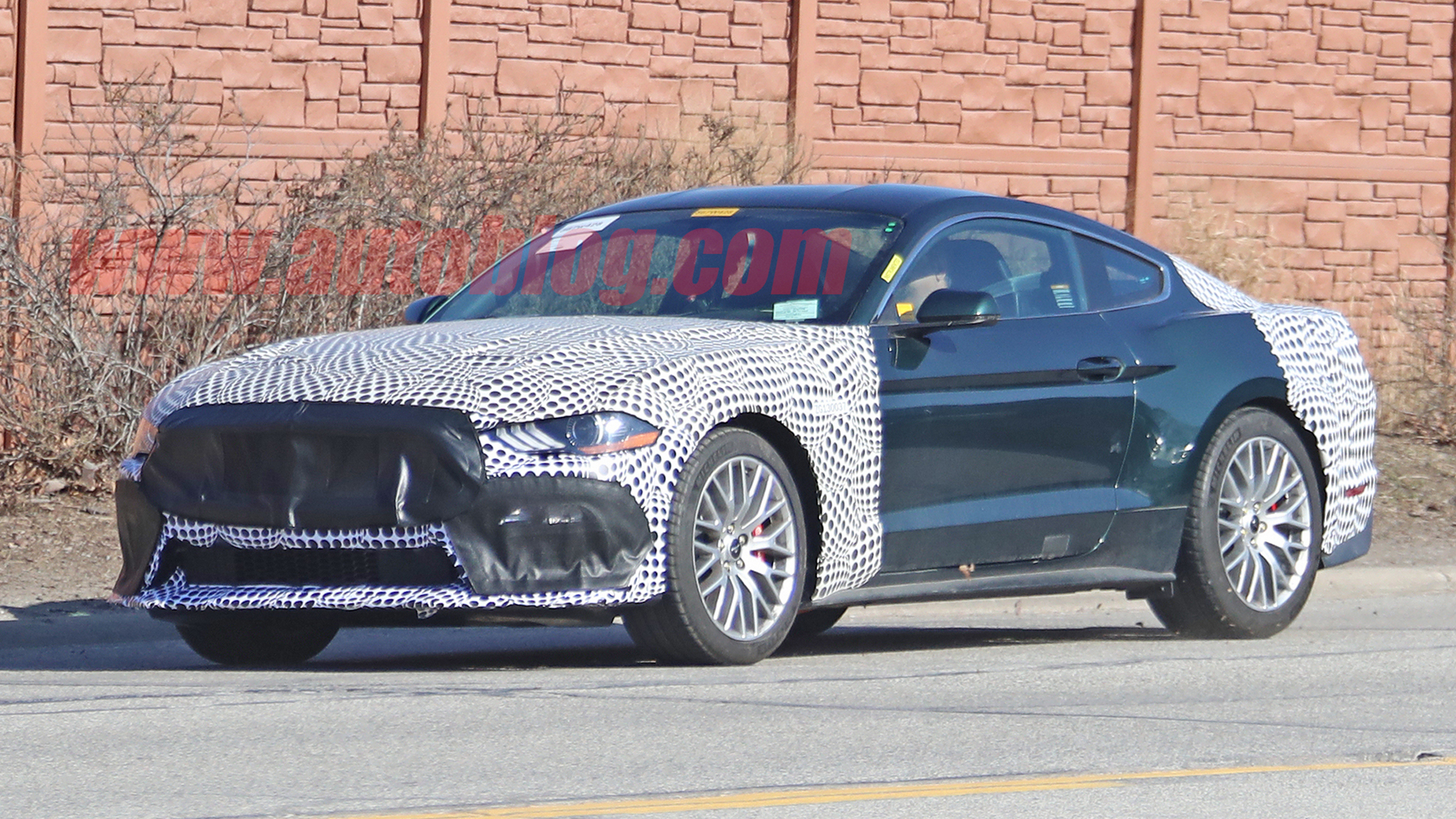 Test mules purported to be Mach 1 development cars have been spotted roaming the streets of Dearborn and a recent document reveals these may well be 2021 Mach 1 prototypes.

advertisement
While some are shocked the recently upgraded GT350 is going away, the fact that its path crosses with the GT500 on the dealer lot at the same time hadn’t happened in 50 years.

ABOVE: It looks like the extended five-year run of the Shelby GT350 will come to a close with the 2020 model year as well. It is not listed as one of the 2021 models. BELOW: While it is exciting that the Mach 1 is returning for the first time since 2004, it will be sad to see the Bullitt go. 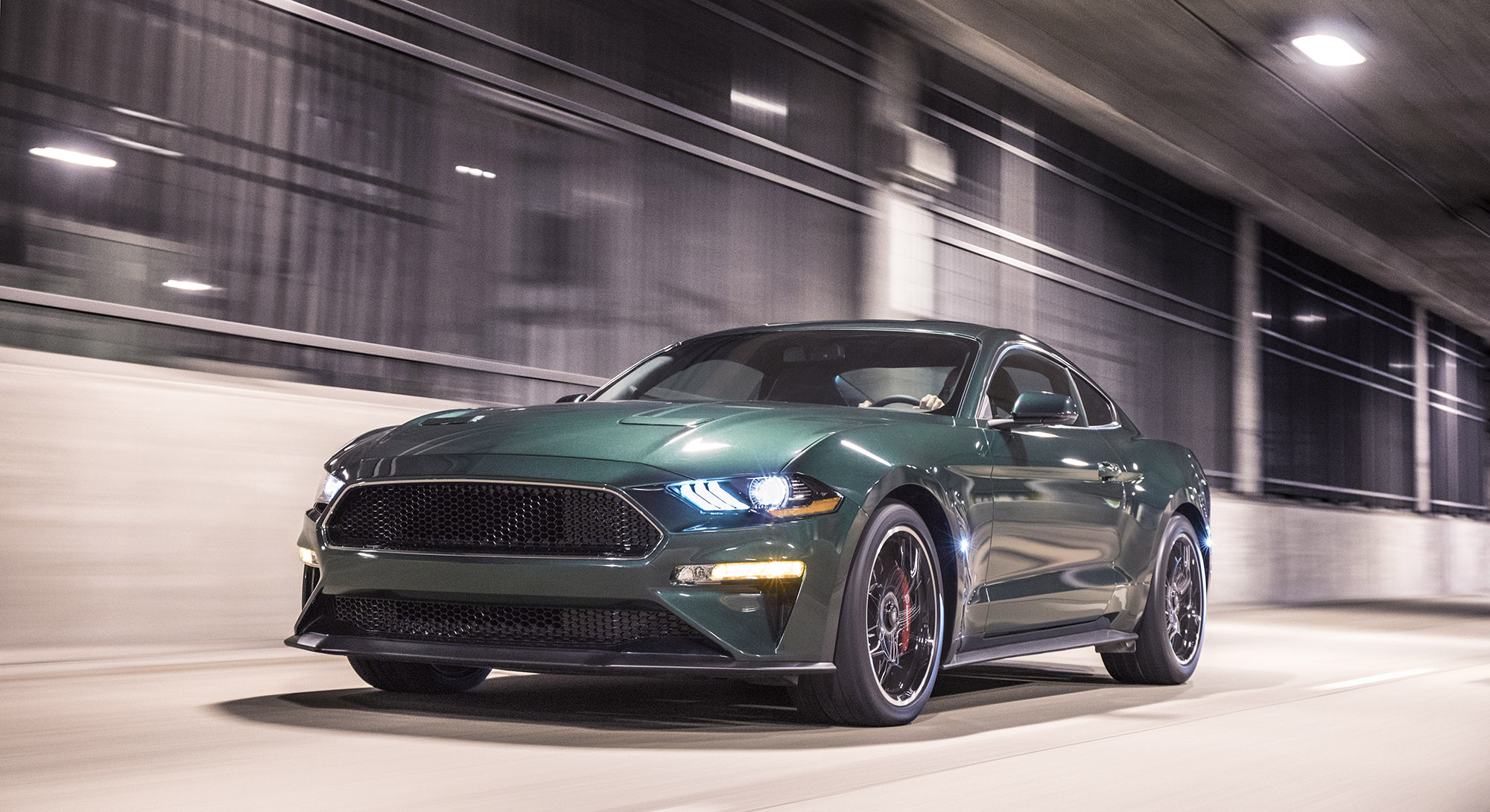 BELOW: This is the leaked document that seems to confirm the existence of a 2021 Mustang Mach 1. Interesting that it has designations for two different 5.0 engines. Presumably the one carrying the “F” code is the Mach 1 engine. 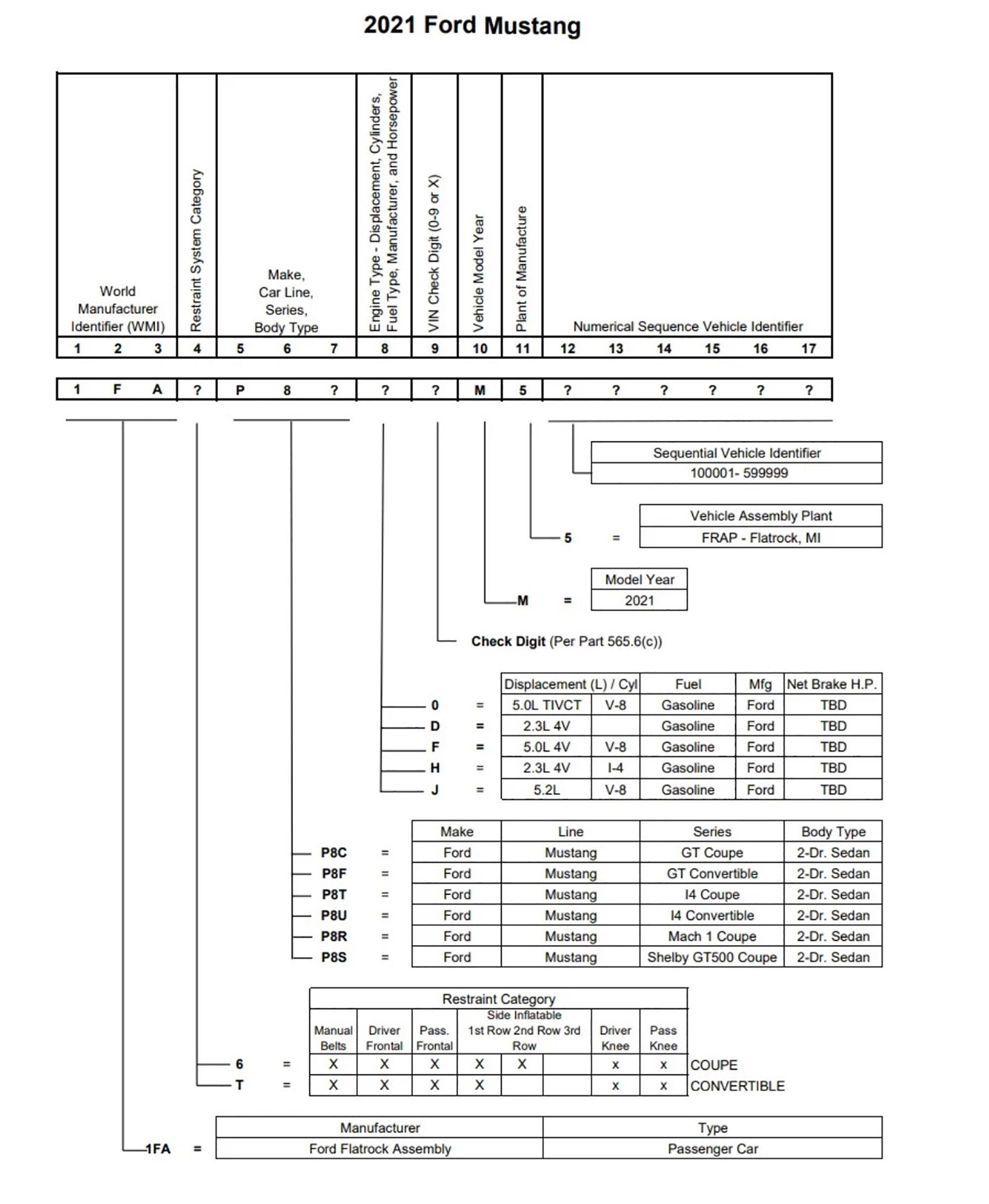 That gap will be pretty wide according to the VIN decoder. The Mach 1 will not only supplant the Bullitt in the lineup, but the outstanding Shelby GT350 will gallop off into the sunset with the 2020 model. While some are shocked the recently upgraded GT350 is going away, the fact that its path crosses with the GT500 on the dealer lot at the same time hadn’t happened in 50 years. That window seemed limited from the get-go.

While it will be sad to see the Bullitt and GT350 go away, the prospect of a re-imagined Mach 1 joining the Mustang stable is tantalizing. Though this VIN decoder leak is far from an official confirmation, it seems a foregone conclusion that something special is coming.